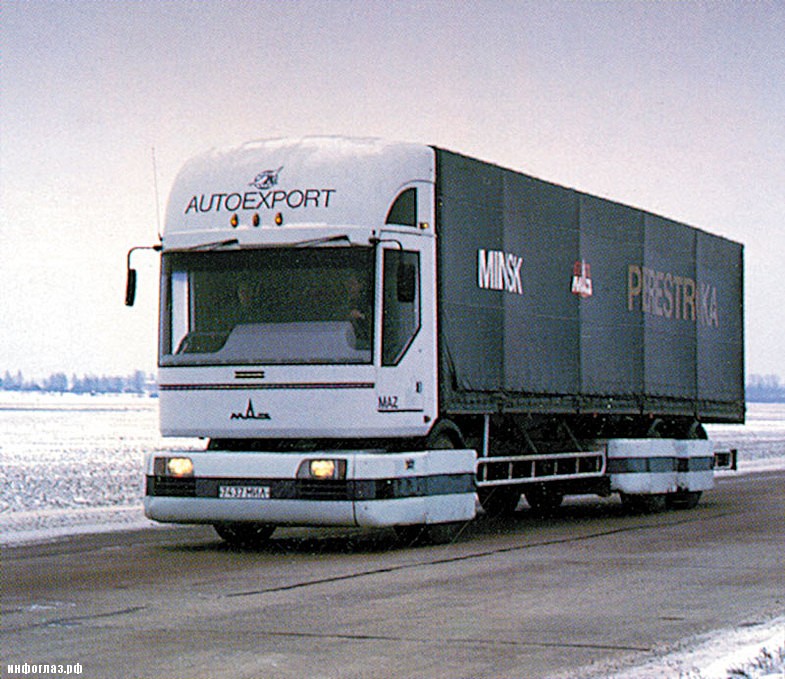 When “Perestroika” – a term coined by Mikhail Gorbachev, was a trend in one large country, another “Perestroika” which literary means “rebuilding” was conceived by the engineers of Minsk Auto Factory or MAZ, one of the largest Soviet truck manufacturers. This somehow unusual looking truck is “Perestroika” itself. You might have already noticed a gap between the truck’s cab and the headlights, that is because the truck was not one solid truck but rather a set of modules or blocks that could be conjoined. Let me try to explain what this Perestroika truck was about. 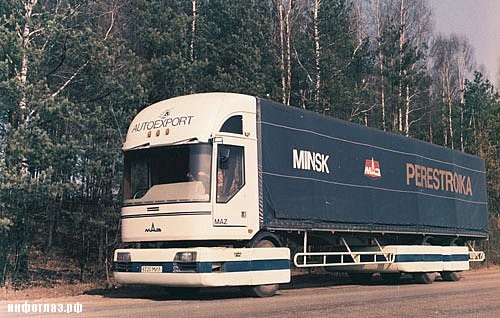 As far as I understood after reading the Russian materials connected with this vehicle, the idea behind Perestroika was to make a truck that had the engine and drive train separated from the cargo part and from the cab. Those parts could be connected like blocks to build the truck of a given load and power train capability on the spot. So one could combine, for example, a few “engine” modules to get a more powerful truck or 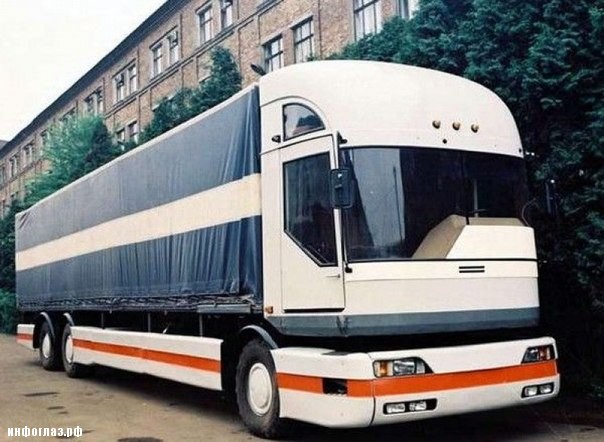 to use smaller cargo and smaller engine modules for the smaller jobs. 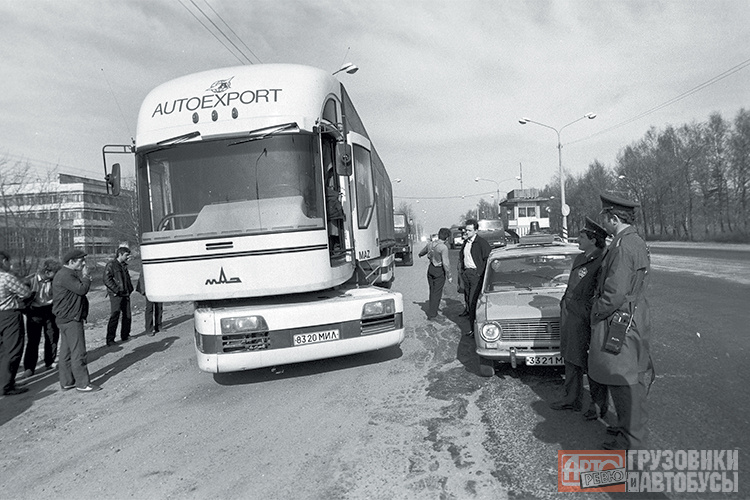 What they also mention is the attempt to build a “transcontinental” truck that could cross the vast Soviet territory and be rebuilt easily to match the current location, load and needs. 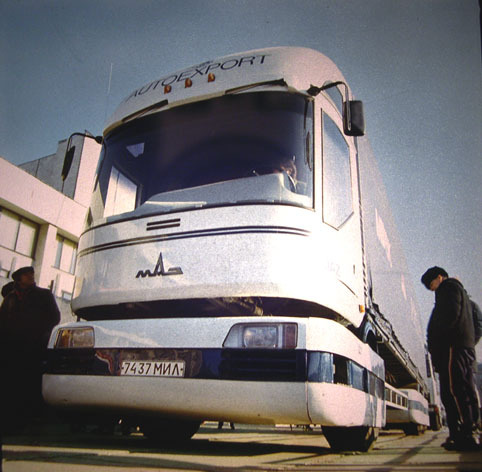 So that’s why the term “Perestroika” was used as a model description. 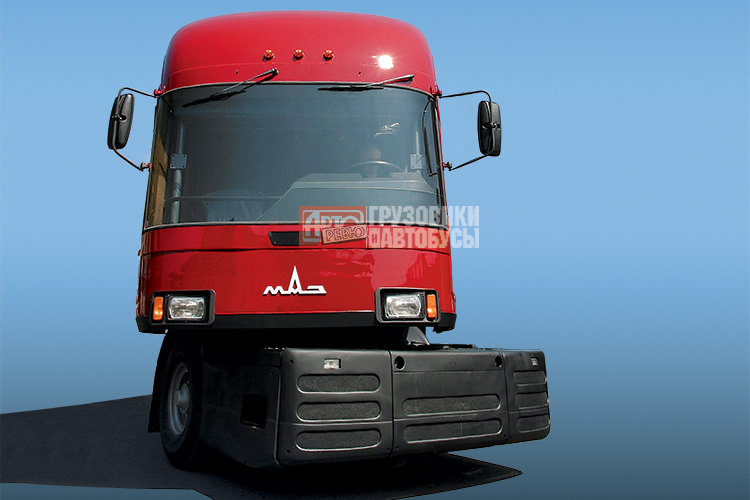 Some of the photos are pretty widescreen. 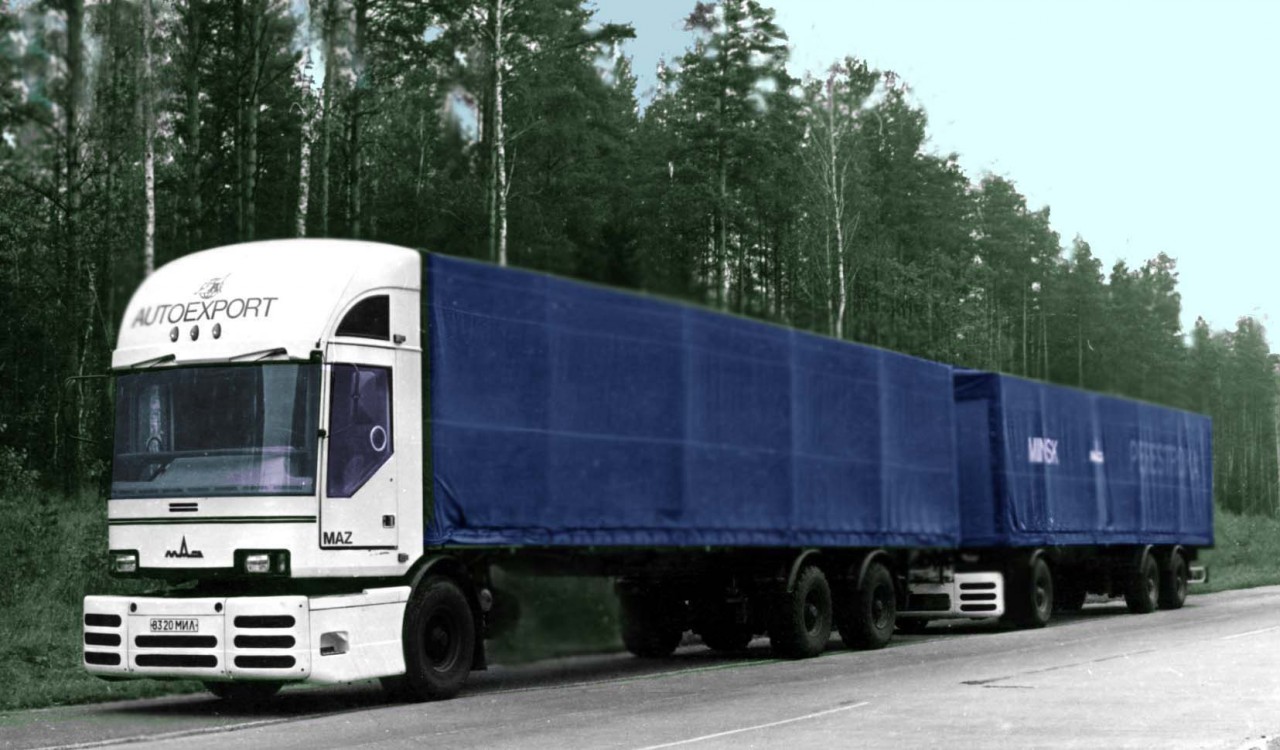 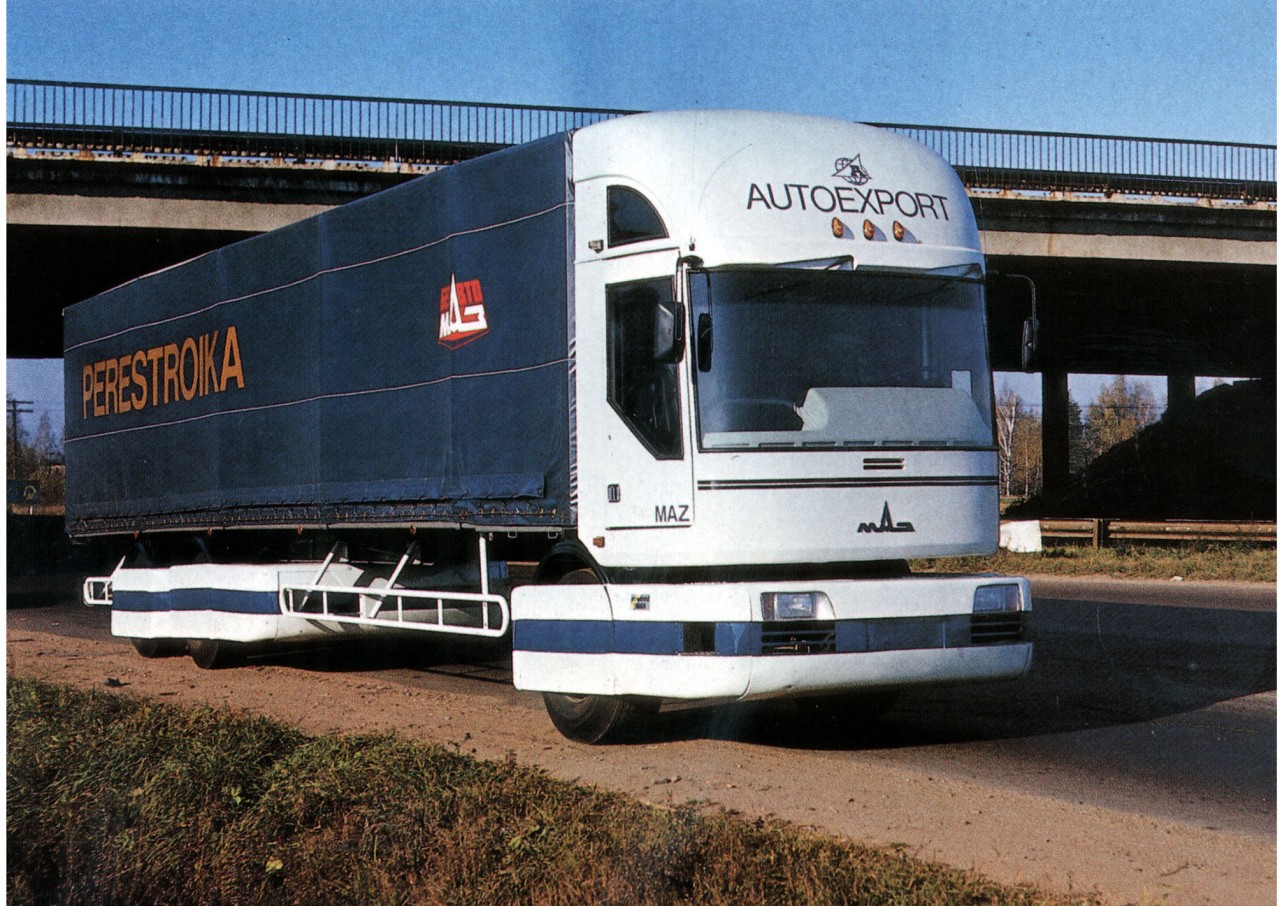 It has been reported that only two of the actual working vehicles were built and it never went into production. 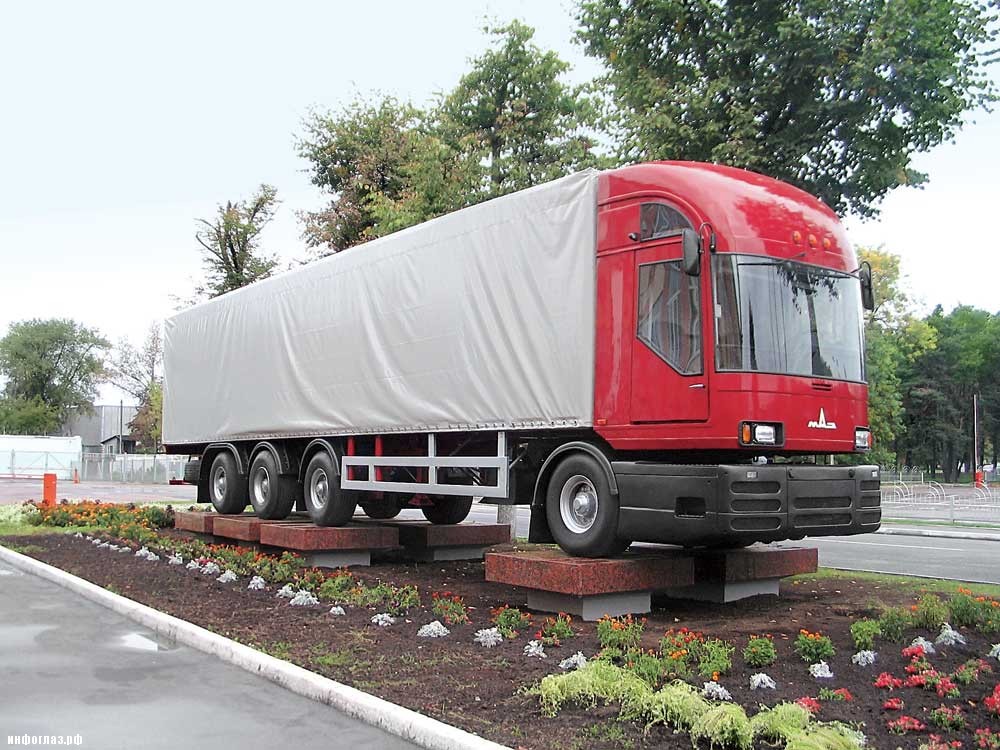 A few years ago one of them was restored and put on display. 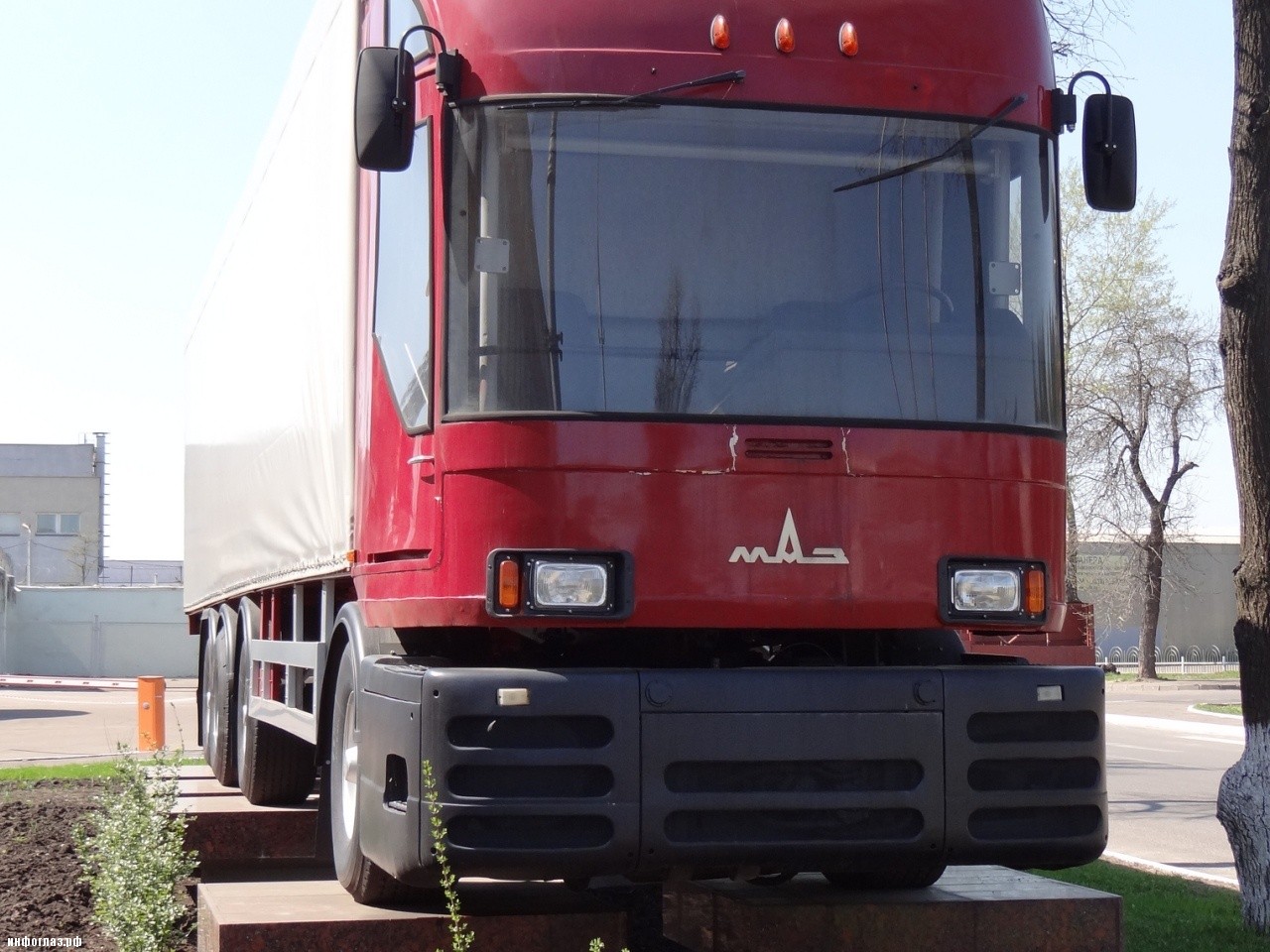 A monument to the late Soviet era technical thought that was not implemented. A few years later a French company, Renault, had launched its “Magnum” truck. The Russian Wikipedia entry on Magnum states that the french truck shares some solutions that “were previously announced on MAZ Perestroika”.

4 thoughts on “Perestroika That Never Hits the Road”