The final Ukrainian military unit on the Crimean territory that has 49 MiG-29 aircraft in service, was captured by Russian forces yesterday. The base in Belbek had been holding its territory, having no support from the new Ukrainian authorities. Its military personnel, whose weapons were locked in the arsenal, were armed with clubs and one anti-aircraft machine gun. Following the fruitless negotiations, the gates of the unit were simply destroyed by the Russian armored troop-carrier. 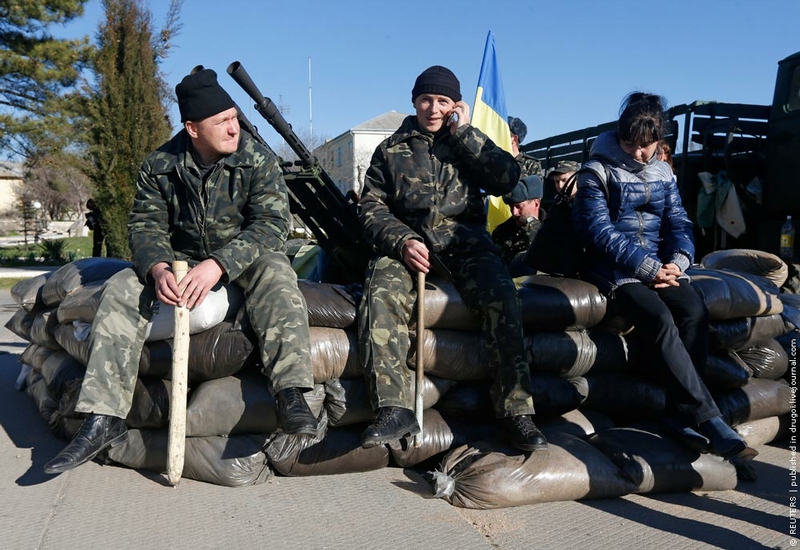 Ukrainian soldiers and their wives are waiting for the air base to be assaulted. The Russian armored troop-carrier was trying to ram the truck standing at the gates first, but then it simply went around it. Participants of the Crimean “self-defence” are hiding behind the cars. Russian soldiers on the grounds of Belbek military base. Detention of the Ukrainian soldiers did not last long. Apart from soldiers of the Main Intelligence Directorate, the capture of the Belbek military base was performed by some other fighters – from an unknown organization.