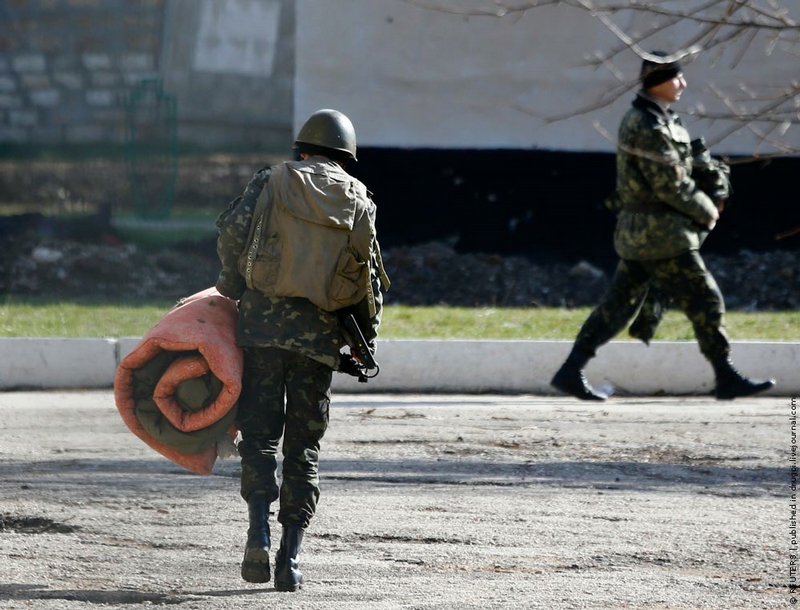 Ukrainian soldiers are leaving the precincts of their military units, taking their belongings away. The new Ukrainian authorities promise that those who stay will be accommodated, together with their families, in the territory of Ukraine. “Contract service is confidence in the future”. One of officer’s families are packing their things. Ukrainian ship “Slavutitch” is blocked by ships of the Russian Black Fleet. Russian troops have captured the only Ukrainian submarine “Zaporozhye”. Russian airborne forces in the compound of a Ukrainian military unit. A military priest has come with them, too. New owners are entering the compound of the military unit. Flags of Russia and airborne forces. Just a couple of days ago, the military men of Ukraine were trying to protect the Belbek military unit.

The airfield and planes are blocked by Russian troops, Ukrainians are in utility premises. Ukrainian military men were on duty by turn.

5 thoughts on “Crimea: Changing of the Guard”