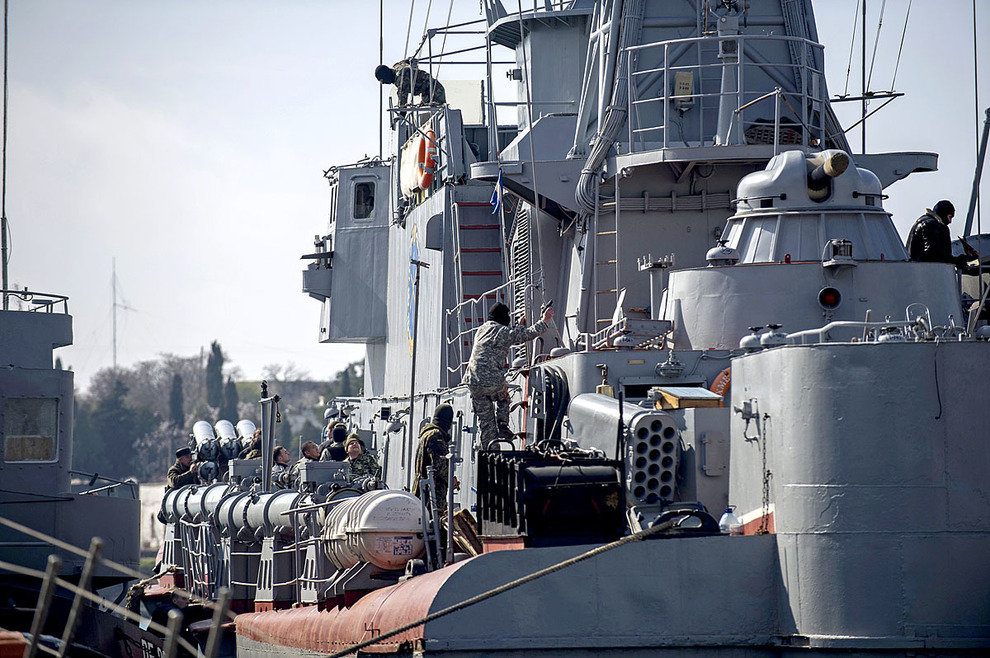 Today, March 20th, 2014, three Ukrainian battleships – corvettes, were captured by military men in masks. More than 200 Ukrainian sailors reportedly were conveyed to the shore. There are no reports of any shots being fired. Also, reportedly, later one of the ships were sunk. More photos of this operation is inside: 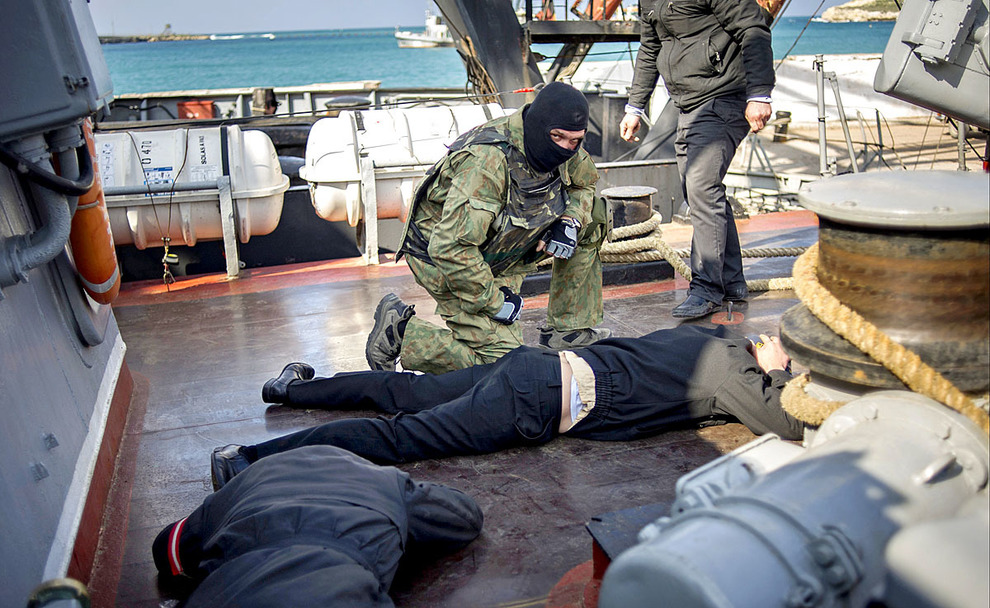 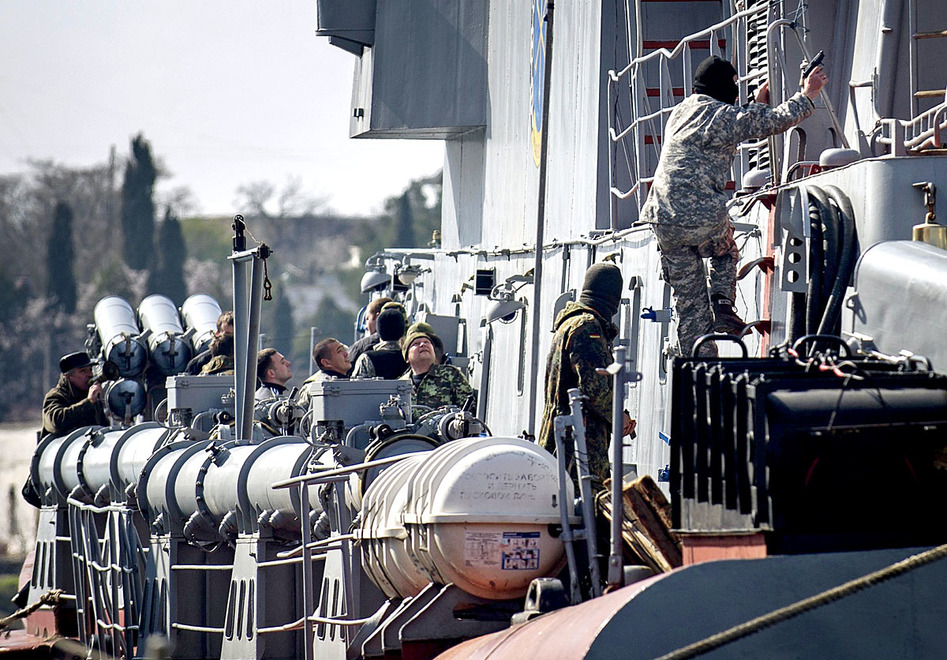 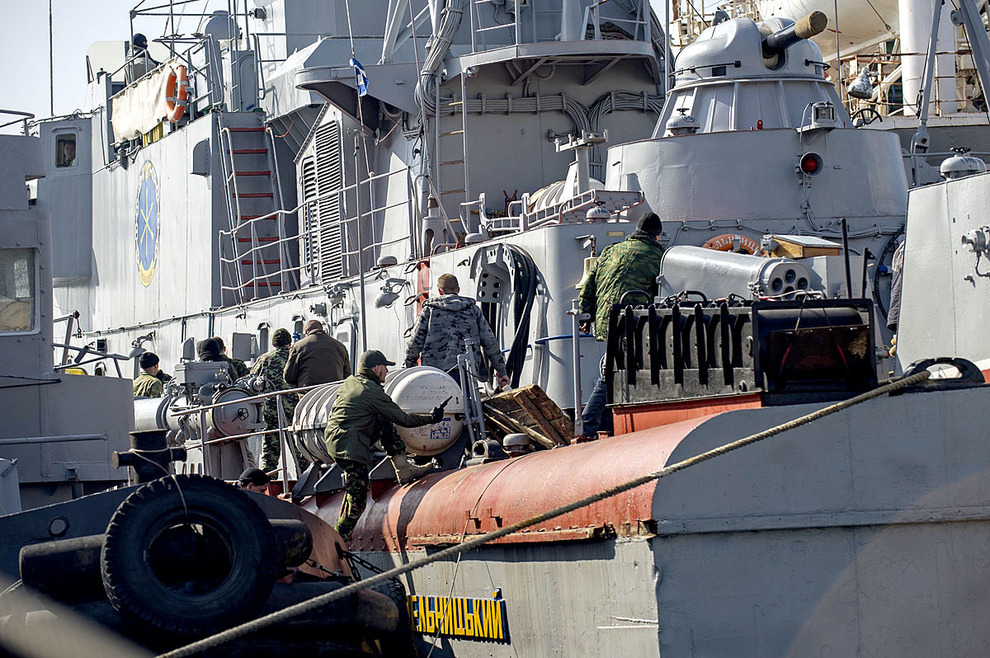 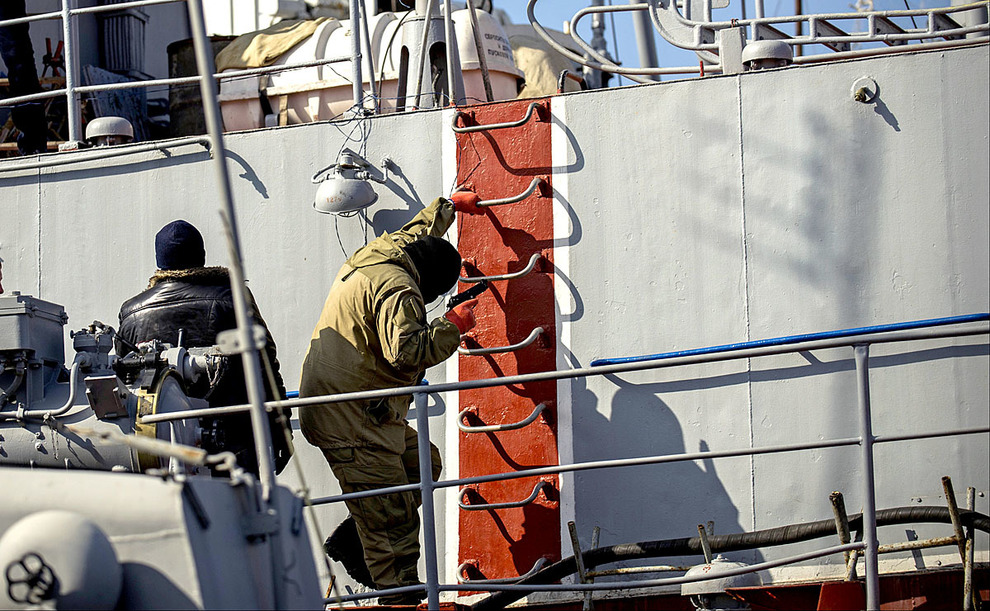 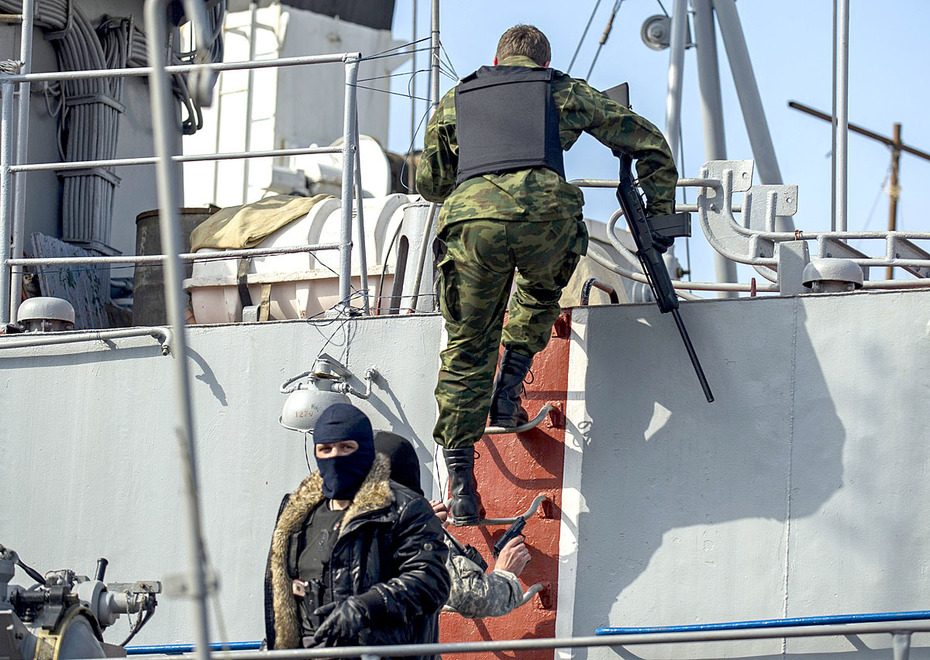 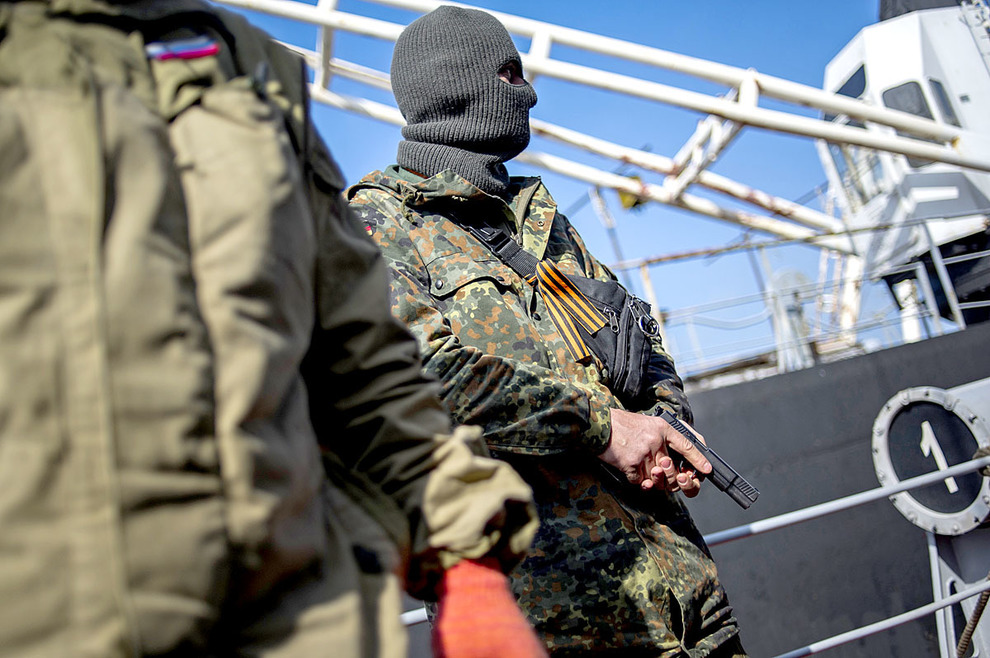 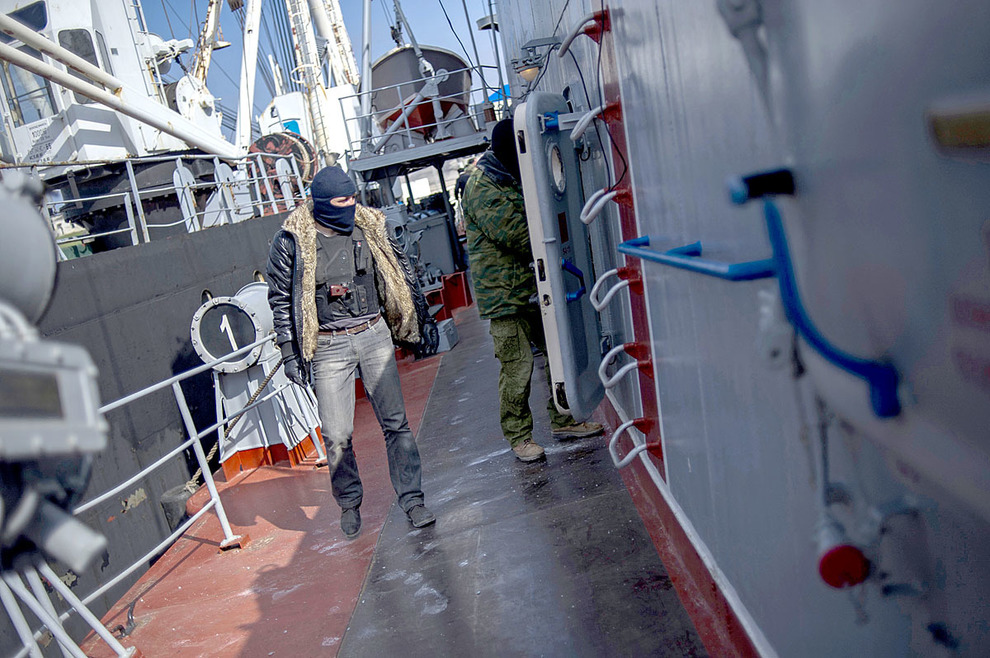 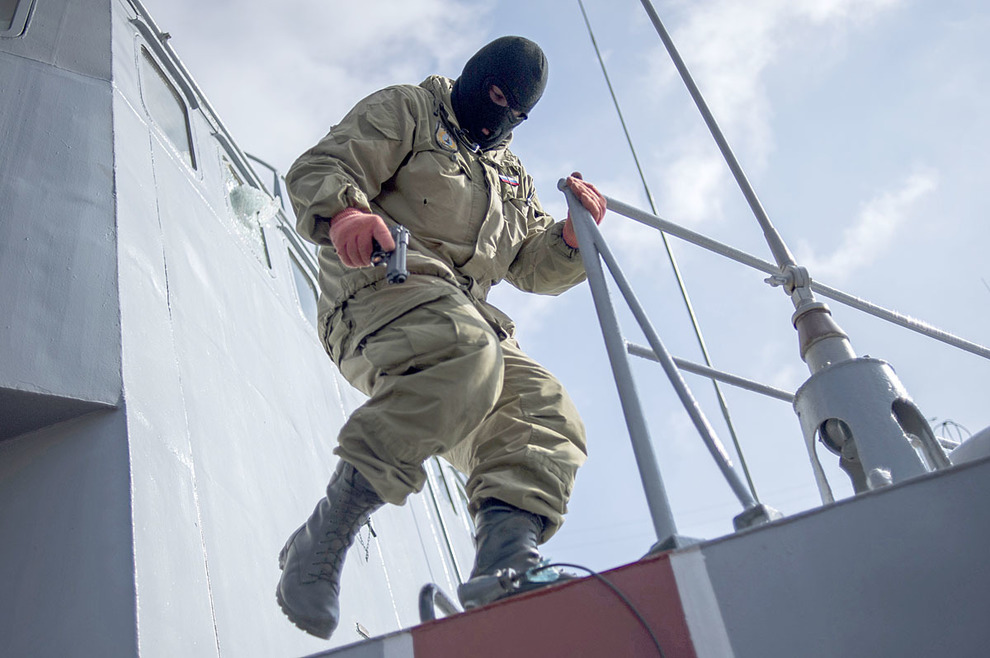