Trifonov Pechenga Monastery of the Russian Orthodox Church is situated in the Murmansk region of Russia. It was founded in 1533 by a reverend Trifon of Pechenga, in the place where the Mana river flowed into the Pechenga river, however later, in 1548, it was relocated to a place more convenient for trade.

The monastery has a long and difficult history: it was attacked by the Finnish forces, set on fire and relocated again. Its final incarnation occurred in 1997. Today it holds relics of 116 martyrs who were killed in the monastery in 1589 by the Finns – subjects of the Swedish king. Hermitage near the Mana river. Just before his death, the founder of the monastery, Saint Trifon, gave a prophecy to its fraternity. According to him, the monastery would be destroyed and its friars would be horribly killed by the sword. Buildings and temples of the monastery are wooden – it’s a tribute to the ancient traditions. Northern Russian architecture has nothing in common with white stone churches of the southern and central Russian churches. The first stone building on the Kola peninsular was only constructed in the early nineteenth century. The attacks of 1944 left the monastery in ruins. Abbot of the monastery’s residence. Once the re-construction works are finished, the monastery will consist of sixteen buildings: a temple, a sauna and laundry complex, a refectory, a hotel for pilgrims, dwelling premises and others. 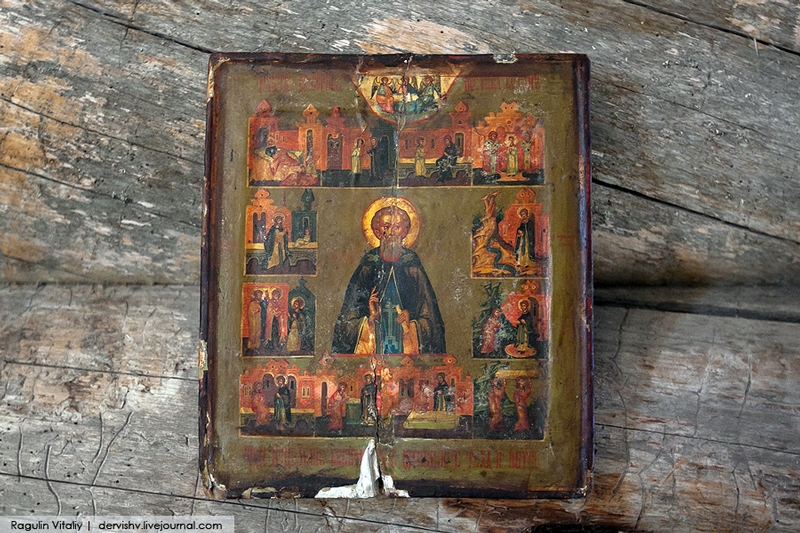 Hegumen of the monastery. In the foundations of the church, the archaeologists found a huge mass grave of those fighters who died for the liberation of Pechenga in 1944. Pictures depicting the history of the place.