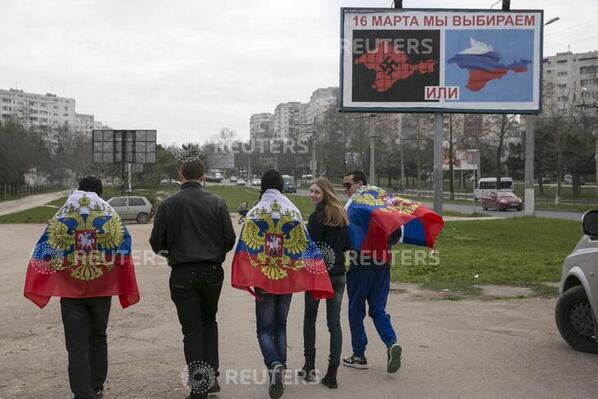 This is how the biggest city of the Crimea region looks a day before the referendum set to happen tomorrow, March 16th. According to witnesses, Russian flags can be seen on the majority of buildings in the city, the same on smaller shops and offices or larger residential complexes. People wander around with Russian flags as Barcelona soccer team fans do when they celebrate a victory of their team. “I really hope to wake up on Monday in a different country without changing my location”, writes a popular Crimean blogger as night dawns on the Crimean peninsula, the last night before the referendum starts. 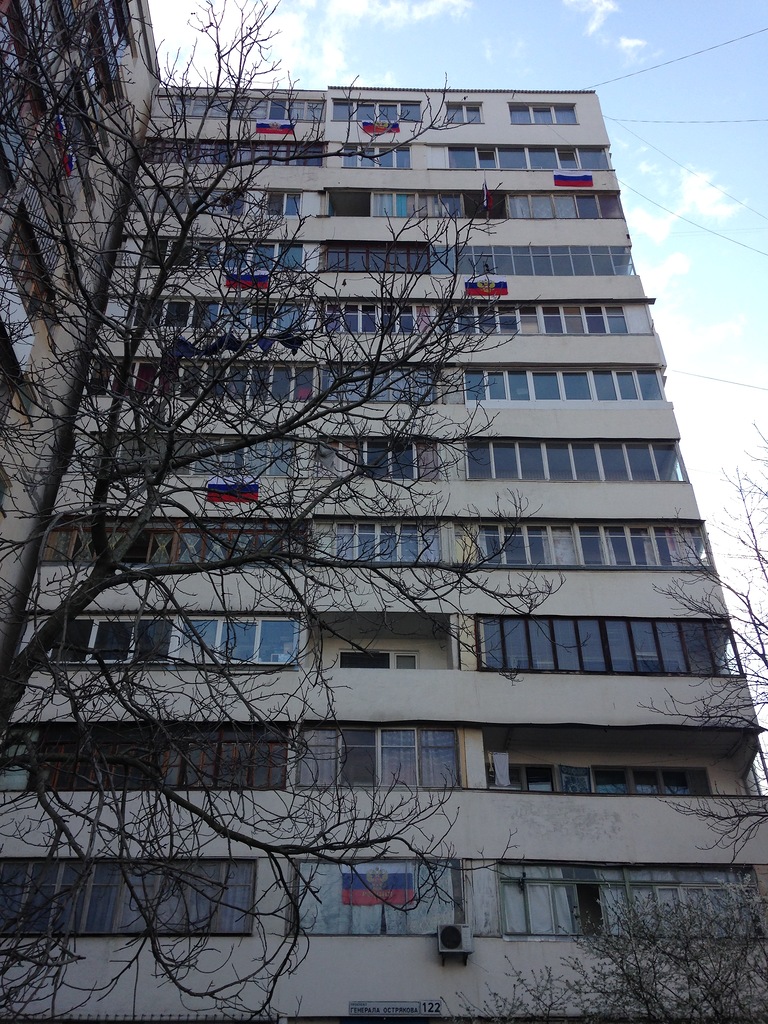 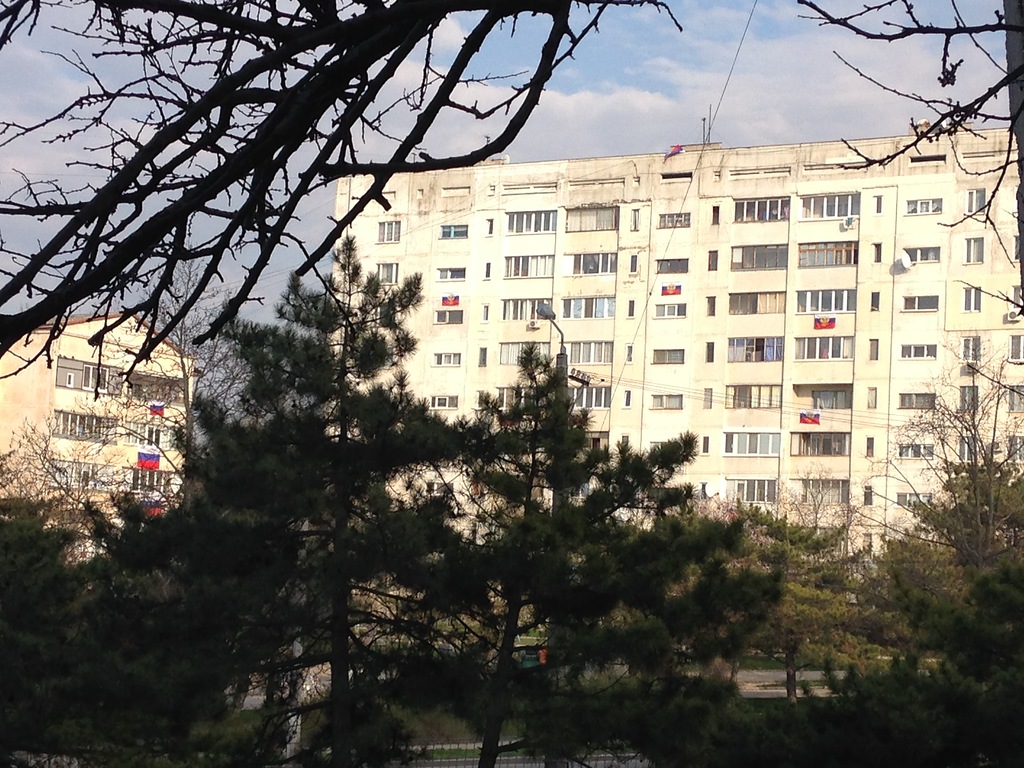 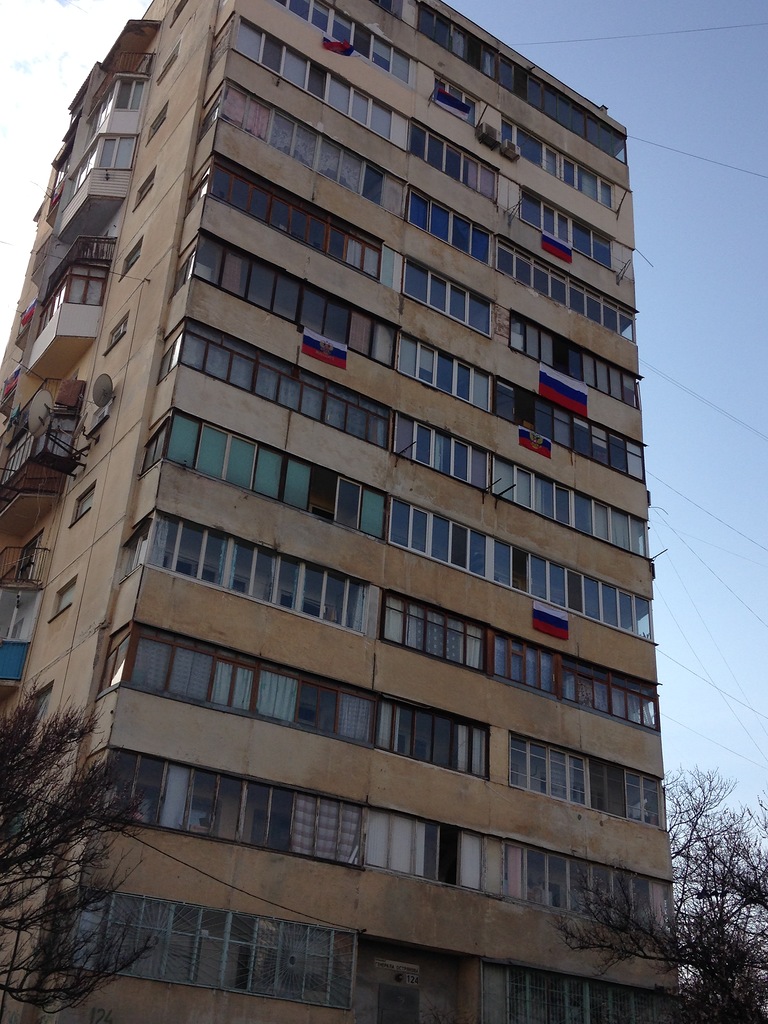 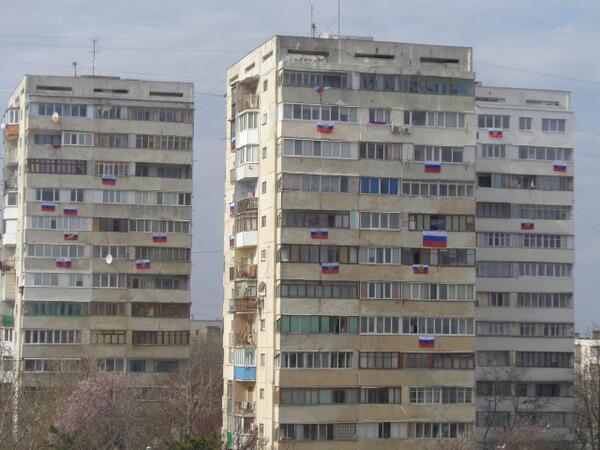 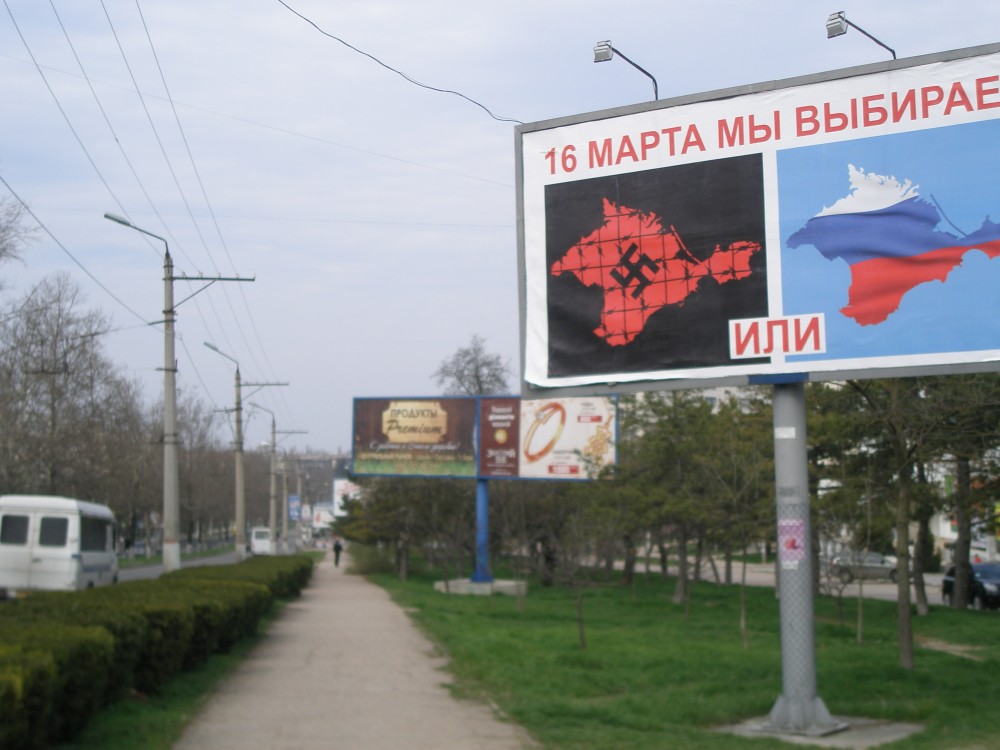 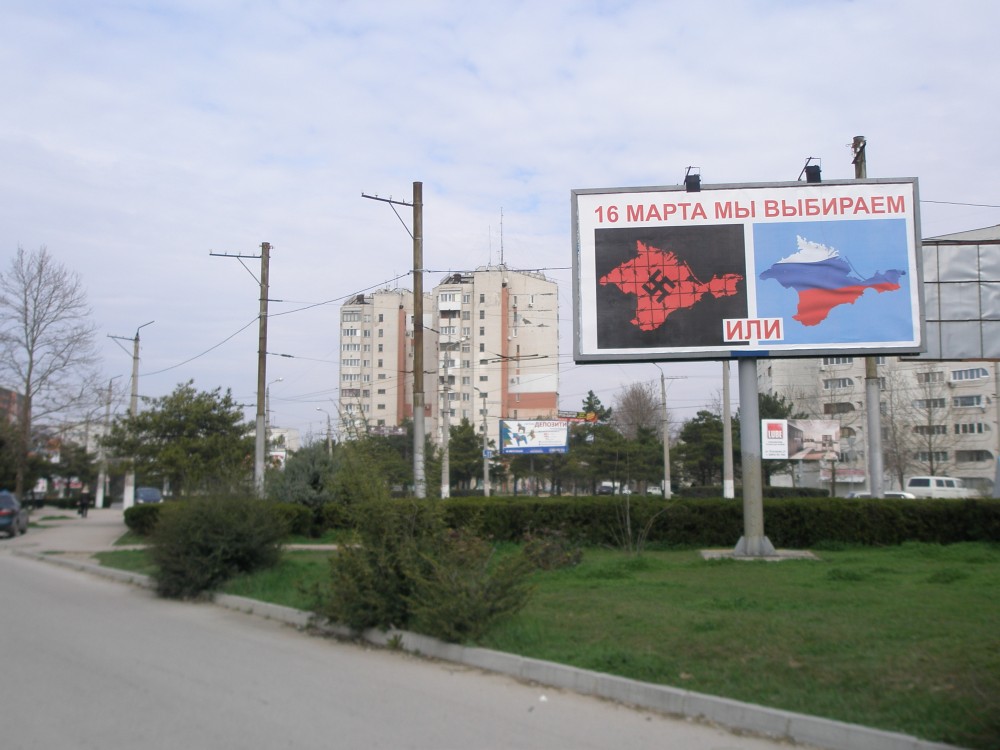 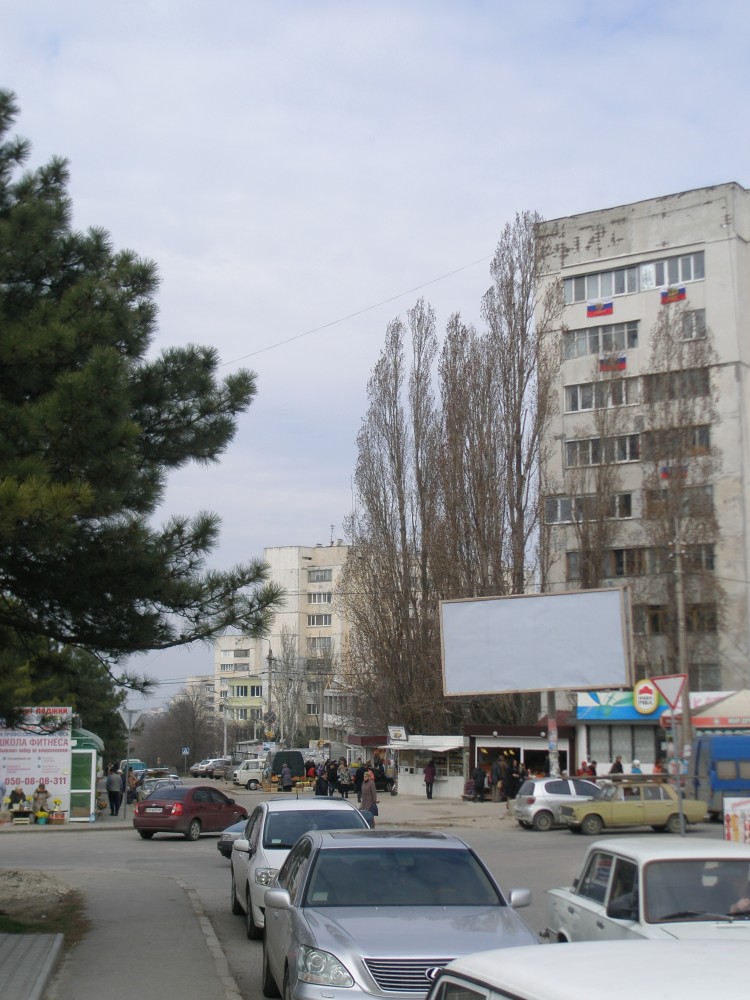 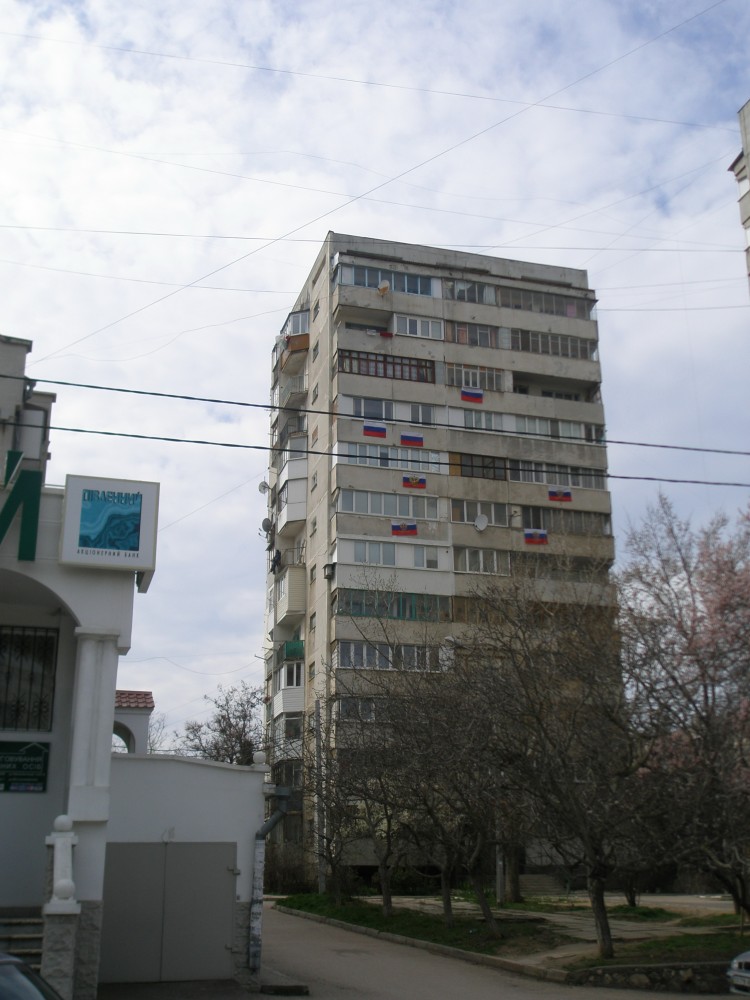 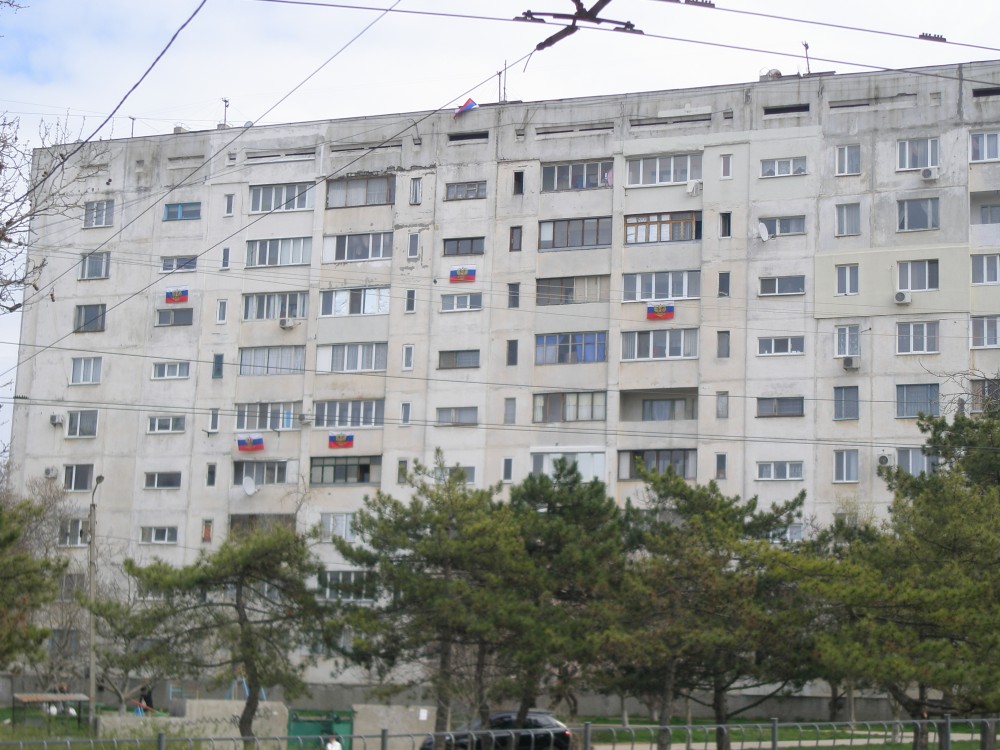 18 thoughts on “Crimea, One Day before the Event”