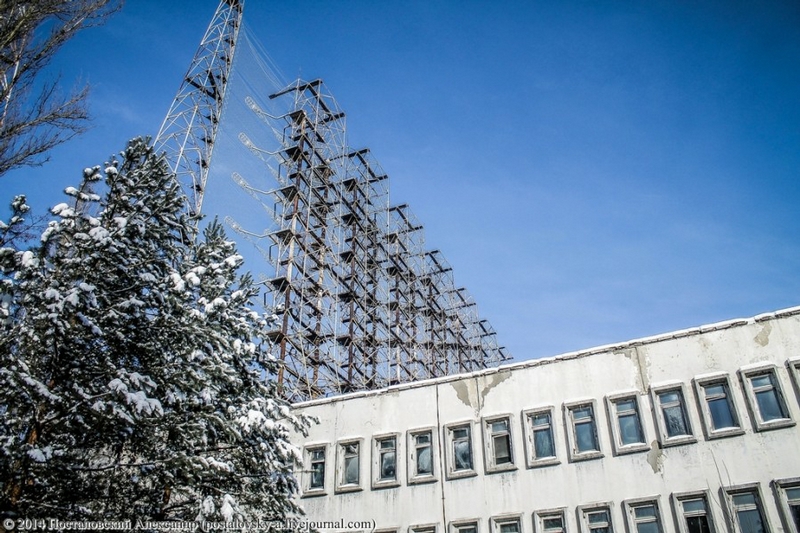 This is another rarely visited Chernobyl object – a communication center, the over-the-horizon radar “Duga”. You have probably not seen pictures of it yet. The way to the center runs through this narrow corridor. The communication center building itself. Everything is decaying, of course. Not many curious items have been left here, military men know how to cover up traces… The room preserved better than others is “the room of Lenin”. It still has a lot of ideological attributes and military propaganda of the Soviet past. The scene of the Soviet army’s life as it looked back then. The communications center was probably controlled from this room. It still has many devices. The building is in a really poor condition. Maybe soon the access here will be prohibited. In fact, it’s an interesting and unusual object worth seeing. This is where one can feel the atmosphere of the Soviet military past.