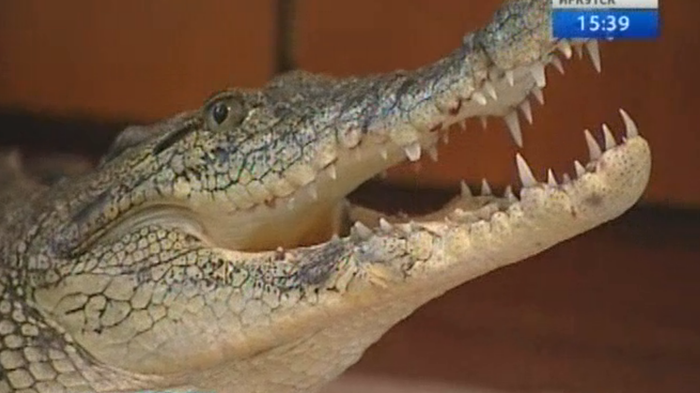 Sergey Falkov from Irkutsk, Russia, has always been interested in crocodiles. He was very happy when he bought one in Africa and could bring him home to Russia, but today his life under the same roof with the crocodile is far from ideal. Recently he has been made by the reptile to live in only one room while he has two rooms in his flat. The second room is fully under control of the crocodile Tuzik. 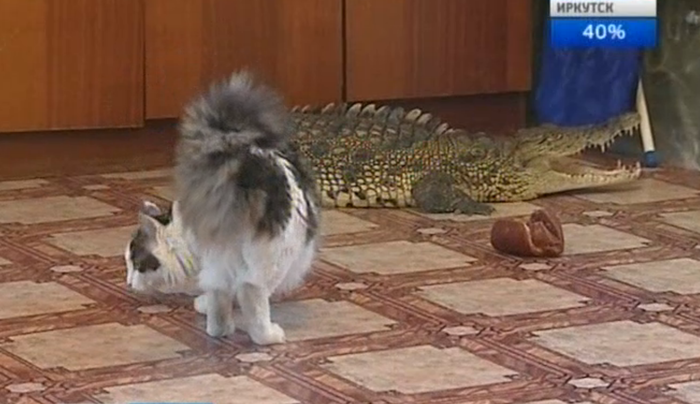 Sergey has no choice but to give his sofa to his 25 kg exotic pet Tuzik, to heat his room to 30C and to prop up the door of his bedroom with a stool. 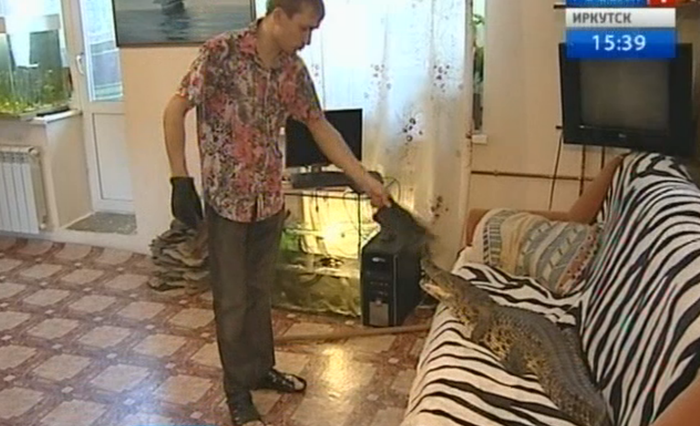 When Sergey was buying the crocodile in Africa it was less than 20 cm long, and it was still rather young. The average life expectancy of such animals is 45 years, some of them may reach 80 years old. The weight of Tuzik has already grown to fourteen kilograms, and his length is about to reach two meters. When the crocodile becomes three meters long it will be considered to be only a teenager.
Sergey was hoping he would teach Tuzik to behave like a pet but after two years of fruitless attempts to train the animal he simply gave up.
The animal still regularly needs to take a bath, to eat and to have its own clean territory. 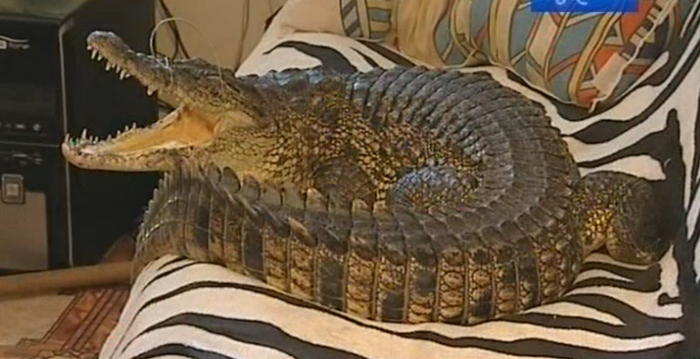 Sergey’s cat named Moose likes to play with the reptile and often comes to its room, however Sergey is afraid that one day it may become a victim of the dangerous pet.
The hapless lover of exotic animals admits he’s ready to sell Tuzik but nobody in Irkutsk wants to spend money for such a pet. 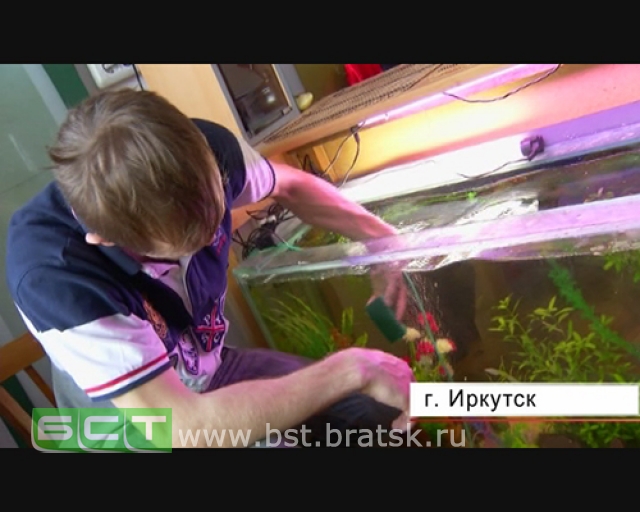 He still does not know what to do with Tuzik, no zoological parks in the city are willing to take it. 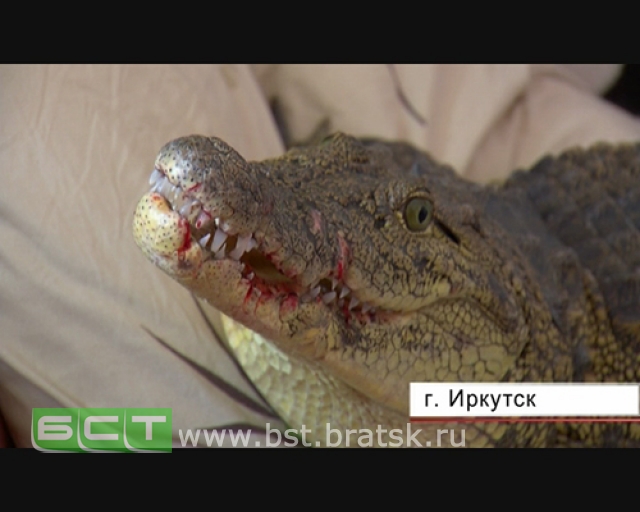 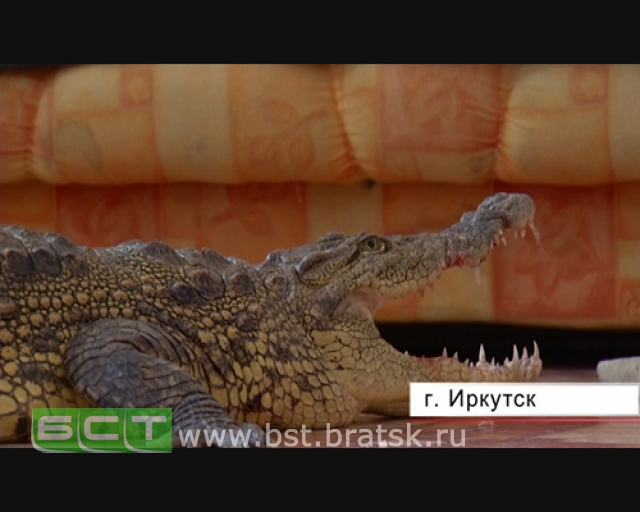 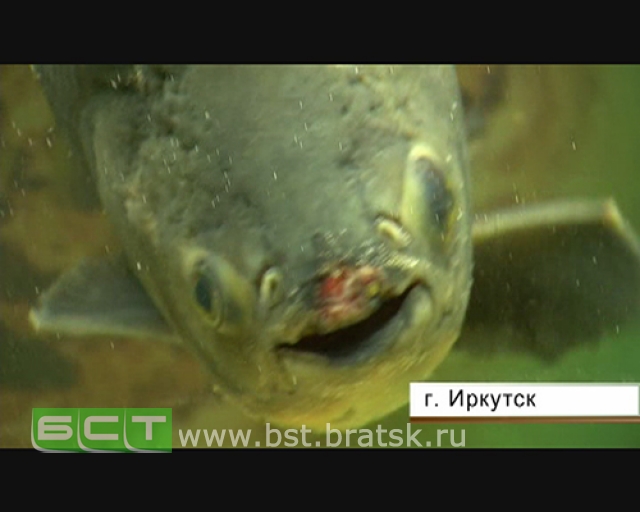 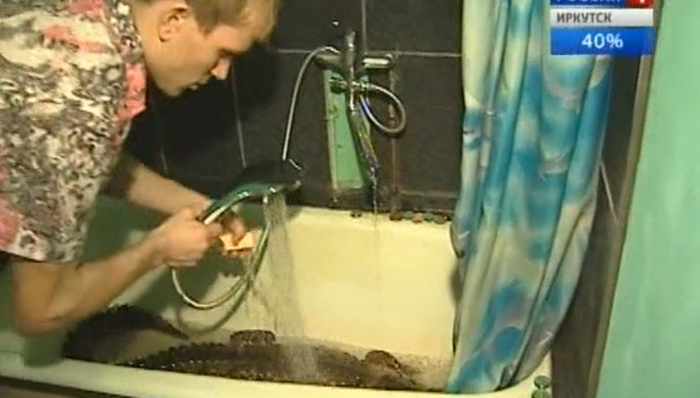 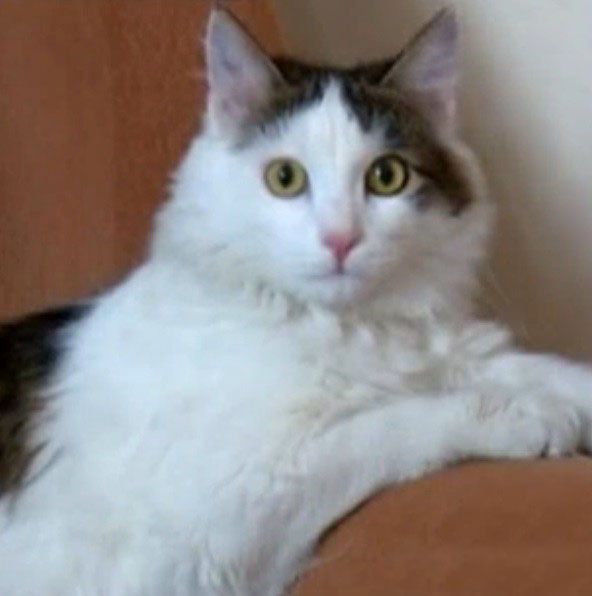 Unfortunately Moose has no solutions to this problem either.

7 thoughts on “Crocodile as a pet? Bad bad idea!”