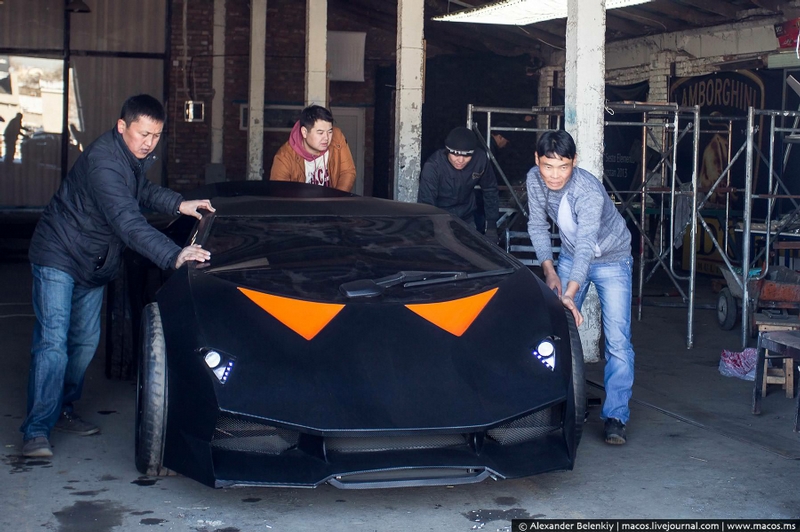 Guys from Bishkek, Kirghizia, assembled a complete copy of a supercar Lamborghini Sesto Elemento in their little garage. They made many drawings and spent much money and this is what they get. The real supercar costs over two million dollars. To make this one, only fifteen thousand dollars was spent. We say “only” just for comparison, the sum is still rather large for the guys. They are satisfied with their job. It took three months to make this car and now Kirghizia has its one and only Lamborghini that will probably become world famous. It has already been mentioned by western mass media, including CNN and The New York Times. While making this car, which greatly resembles the real Lamborghini model, the guys did not have the real one to copy from. Seriously, where could one be found in Bishkek? A thirty year old Volvo 740 and the wheels of a BMW X5 were used as the basis. The body was assembled from metal, carbon steel and acrylic glass. Unfortunately nobody can get inside it and have a drive, it’s just a mock-up that nevertheless has already become very popular here. Now the guys plan to assemble another car, maybe not a luxury car, but a real one.

6 thoughts on “Here We Have Our Own Lamborghini”