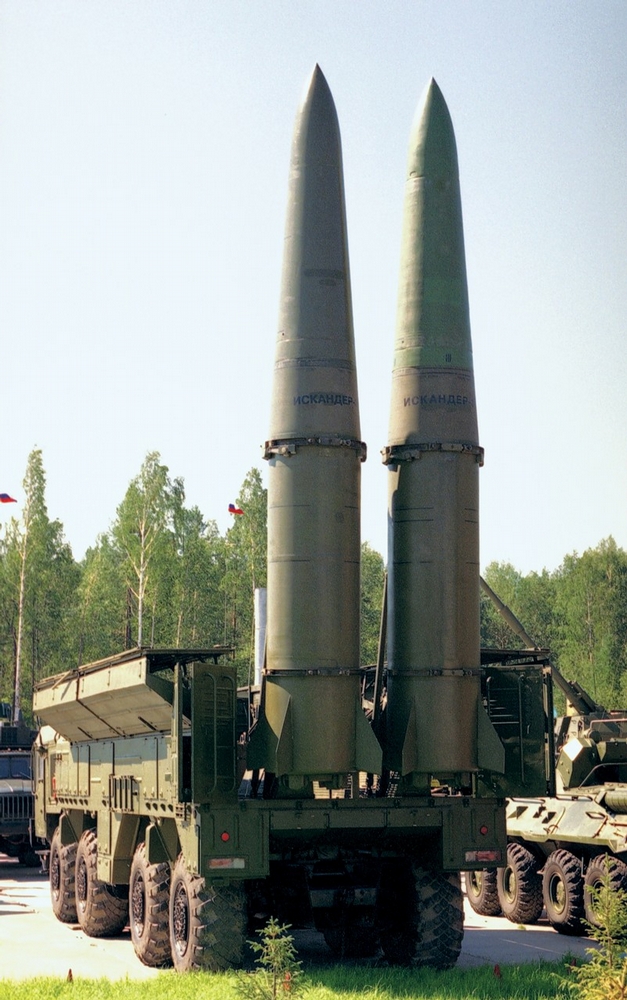 The tactical ballistic missile system “Iskander” may hit even very well protected targets in the territory of Europe. It is not only a tool for destruction but a military – political instrument. Only by its presence it may prevent a serious conflict.

Nevertheless it remains to be one of the most mysterious armament systems in Russia and not so much is known about “Iskander”. Unlike aviation that is restricted by weather conditions and preliminary complex preparation of air operations, missile systems could be used for a nuclear attack immediately and the enemy is unprotected in such a situation. The Soviet artillery had almost no nuclear weapons before the early 70s, the main carriers of nuclear firepower were tactical ballistic missile systems. For western countries it was very difficult to trace and destroy them.

In 1987 the Kolomna design bureau built a new tactical ballistic missile system that was able to hit well protected targets with both nuclear and ordinary war heads in war conditions, not only during a missile flight but also at the stage of its preparation and occupying a missile site. “Iskander” was that very system. The work of the “Iskander” creation started in 1988. Surprisingly the breakup of the Soviet Union in 1991 did not affect them much. In 1992 the system got its chassis, in 1993 the works were reoriented for the creation of “a multipurpose modular missile system for ground forces” that was finally named “Iskander-M”.

The new system can destroy targets with cruise missiles as well. It was put into service in 2004 and since then it has been constantly developed. With its high accuracy and arsenal of missiles “Iskander-M” can be widely applied not only during a big war but also in a local conflict – it can destroy bases, encampment centers, and organized rebel positions. Besides, when combined with the newest Russian intelligence systems, the missiles of “Iskander-M” may hit targets in online mode.

For the countries with limited living space it may become a strategic weapon. Some states have already shown their interest in purchasing the powerful system that is going to become even more destructive and universal soon. The “Iskander-M” system is equipped with two solid-propellant single-stage guided missiles, model 9M723K1. Each one is controlled throughout the entire flight path and fitted with an inseparable warhead. Each missile in the launch carrier vehicle can be independently targeted in a matter of seconds. The mobility of the “Iskander” launch platform makes a launch difficult to prevent.

“Iskander” has achieved sufficient accuracy, range and reliability (ability to penetrate defenses) to function as an alternative to precision bombing for air forces that cannot expect to launch bombing or cruise missile fire missions reliably in the face of superior enemy fighters and air defenses. Training and competence requirements are much lower than for normal air force assets such as a fighter bomber squadron utilizing guided bombs.