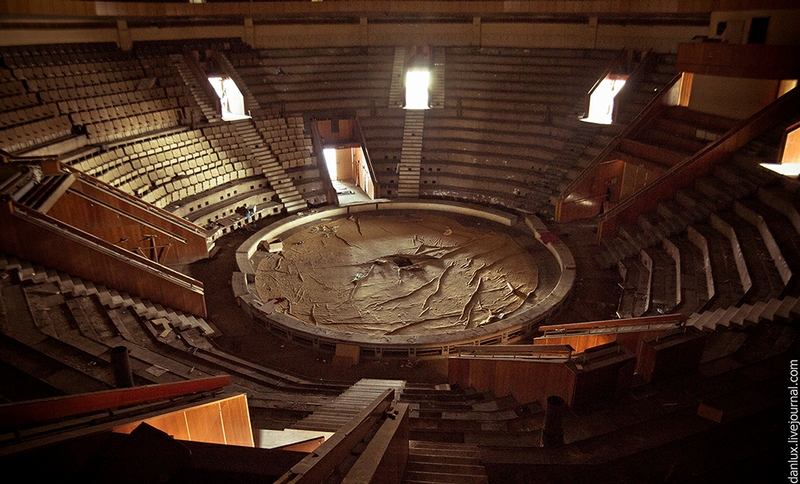 The Kishinev circus is an incredibly cool place with splendid staircases in the lobby and ceramic sculptures on the walls. Check it out for yourself. The building was constructed in 1984.

The auditorium has an arena thirteen meters in diameter, 1900 seats for spectators and 100 – for a working group. Due to its beauty and comfort it was considered the best circus in the USSR. In 2004 it closed for repair and no performances were held in the circus since then. Due to the lack of financing the building is standing untouched and slowly decaying. In the recent years many there were many proceedings connected with illegal privatization of the circus, its director passed away.