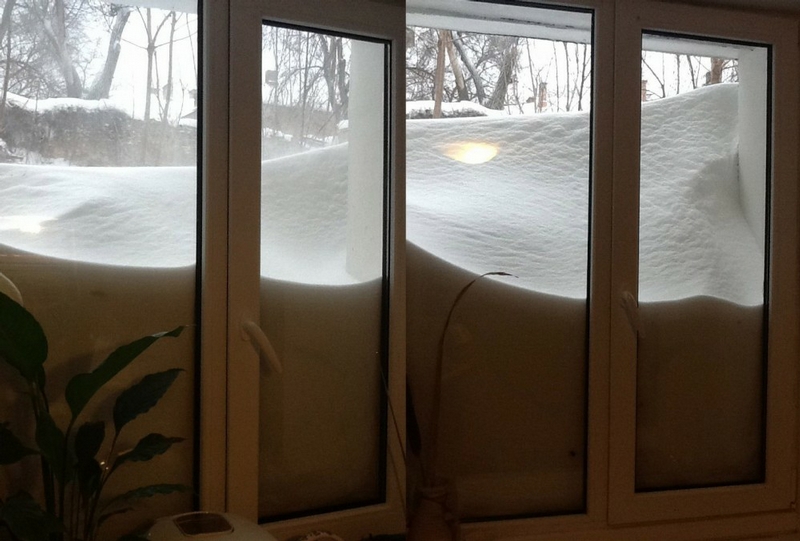 Rostov on Don (Rostov-na-Donu) is the tenth largest Russian city with a population of more than 1.1 million people. In the last few days people have reported massive snowfalls and blizzards in Rostov. As a result they say “city has gone medieval”, with shortages of food, fuel and electricity reported. The locals say cars can’t reach Rostov because the highways are closed and covered with snow. Here are some photos from the “sieged” town’s daily routines. The shot above demonstrates what an average person can see thru his bottom level window when he wakes up in the morning. Then he sees this: That’s a car parked next to his fence. Can you see the car? There is only a top rack of the car visible. And this is a highway connecting Rostov to another major city. Here we can see how the owner dug up his car but now what? He can’t go anywhere anyways.. This is a photo of a highway too. People line up for some food (“BREAD” as the sign reads) early in the morning or day before the store opens, as they do on the first day of new Apple product sale but… When you get into store those are the empty shelves there.. Dear customers! Due to shortages we don’t sell more than two bread loafs to a person. Sorry! Cars stay on the parking lots.. Can you see the cars? Barely.. Then the ones who are lucky to own some other means of transportations can use them. And probably help others. In this parking lot an excavator got handy to clean up the snow. This guy got some bread for sure. This is not a river or something. This is a middle of a highway.