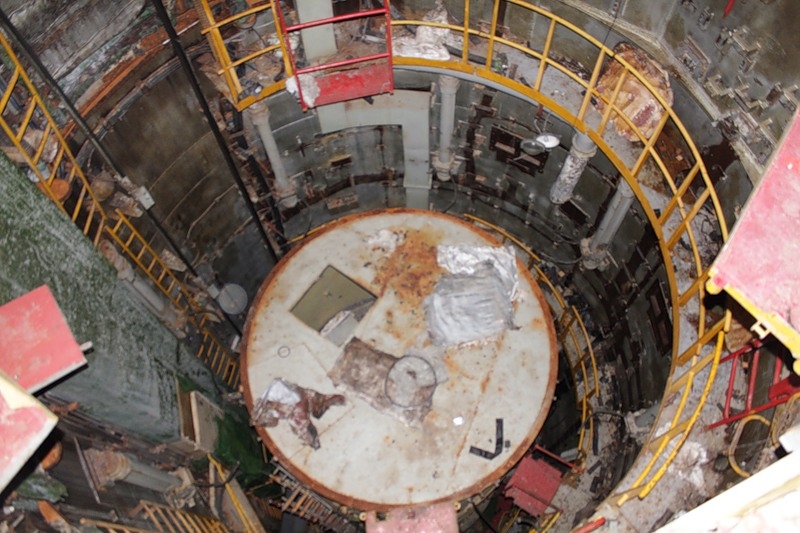 Just imagine a 125-tonne capsule, 33 meters high, having twelve tiers, hanging on tension wires that provide shock-absorbtion in case of an unexpected attack. It is intended for 45 days of autonomous operation and launch of nuclear warheads. But what is more important is that this bunker is a part of the Soviet “Judgement Day” machine  – the system called “Perimeter”. It is the computer complex that can analyze the situation and once it detects a nuclear attack it automatically launches a command missile that would fly over the territory of the USSR and unblock nuclear warheads on the ground, in the water and in the air. The secretary-general could launch the system and divest himself of responsibility for the counterblow.

It would mean that all life would be destructed on earth automatically! It was the main deterrant for other countries preventing them from attacking the USSR. This was the only Judgement Day machine working until 1995, in the west it used to be called “the dead hand” because the missiles could be launched to destroy the potential enemy even if all its personnel would be dead.

In fact it was the place that was maintaining peace on entire earth in the period since 1983 to 1995. From above it does not attract much attention…

But here is what it hides inside. The wiring has been cut off. The first tir is flooded.