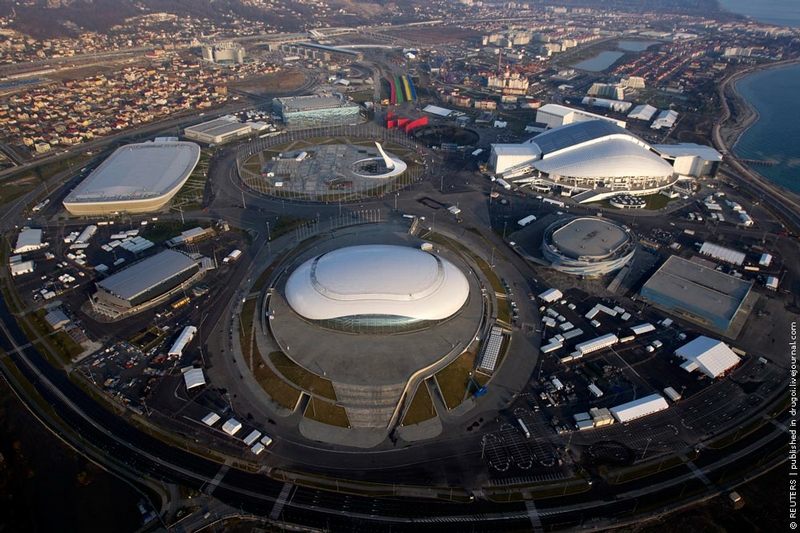 Flying over the Olympic park – one of the two clusters of the Winter Olympic Games in Sochi 2014. Olympic stadium “Fisht”, it will hold opening and closing ceremonies. Capacity – 40 000 spectators. “Fisht” is planned to used as a football stadium after the Games. Absolutely unique object for Olympic Games – cemetery of old-believers. 1,5 years ago it looked like this. It was enclosed in a modern way. Big Ice Palace for 12 000 spectators, the main hockey arena of the Games. “Adler-Arena”. Skating, 8000 spectators. It’s going to serve as an exhibition hall after the Games. Entertainment park with a hotel. Central square of the park with a bowl for the Olympic flame. To the left is a 5-star hotel “Russian seasons”, to the right is an office building of the Games organizing committee. In the foreground is a media center of the Olympic Games. New thermal power station in Adler, 360MW. It will provide power to the Games and Sochi. 9 thoughts on “Round About the Olympic Park”