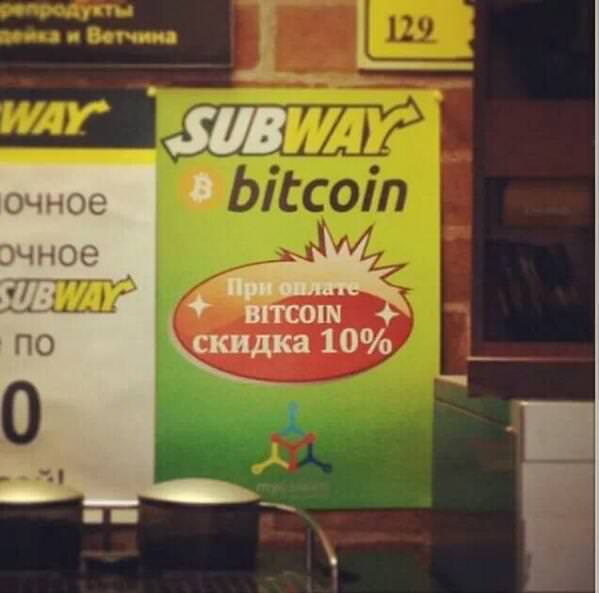 Does anyone here use bitcoin? If yes, then on next trip to Russia you can buy the Subway sandwich somewhere in Moscow and pay with bitcoin using your ewallet.

With all this buzz lately about Bitcoin, its pros and cons and 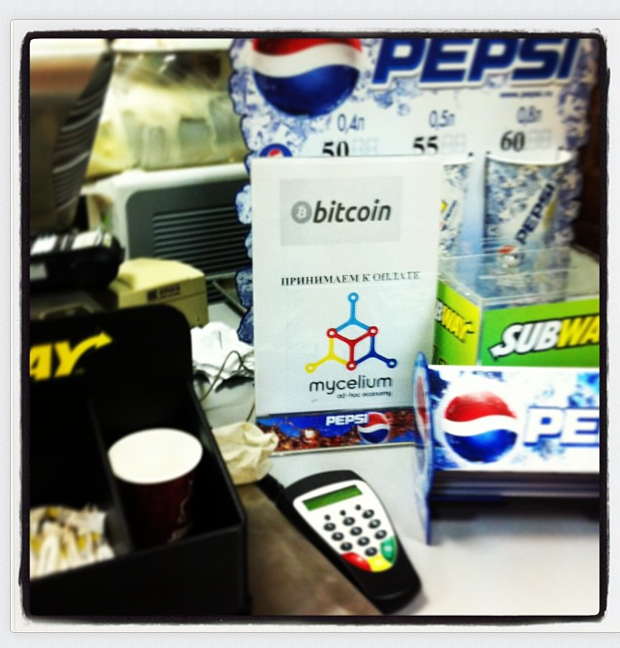 other benefits one can have by having a currency that doesn’t belong to any country more and more locations in Russia start accepting it.

According to ZipZap CEO they plan to add tens thousands (sic!) of locations in Russia which would be capable of accepting this coins.

We here also have created a wallet to test it and make our own conclusions. Anyone who want to support English Russia and uses bitcoin can use this address for transfers: 1EtqYB7oLhBbrWbvenuNQjqmaTgde4x3YG

But I personally doubt that the penetration of Bitcoin is wide enough in other countries. There was a statistics that only a 1% of people in USA have tried it.