It is obvious that the main symbol of the USSR was Space. When we speak about the Soviet Union we usually remember the first sattellites with four antennas, smile of Gagarin, the first cosmonaut, the metal cylinder on eight wheels – Lunokhod… Little boys were dreaming about space and often tried to make their own moonwalkers, they didn’t know that the Moon was already conquered by Americans thrice.

Some of those boys never stopped dreaming. Such people created a wonderful museum we are going to visit again today – the research and manufacturing association named after S. A. Lavochkin. Lunokhod-3 in its landing configuration, a moment before touching the surface of the Moon with its wheels. View from another side. Self-propelled chassis of the Lunokhod. Sealed body of the Lunokhod is the major component of the construction, it serves for placement of onboard systems equipment and their protection from environmental impacts. The body is made from magnesium alloys for the decreased mass and covered with heat-insulating coating which is 20 cm thick. Highly steerable antenna served for communication with the Earth. Television system of the Lunokhod 3 (Hello Wall-e!) was stereoscopic. It was considerably improved compared to its predecessors. The upper surface of the body is used as a cooling and heating device of the temperature control system. At night it was closed by the cover with a solar battery for heat retention. That cover was the brightest detail of the Lunokhod’s design.

The lander was based on the combination of four major spherical fuel tanks. On the lander were antennas for communication with the Earth, radio altermeter, Doppler and landing device. The Lunokhod itself was reliably secured by explosive attachments. Folding ramps for sliding of the Lunokhod on the Monn surface. For equipment heating a radioisotope heat source was applied. It contained ampoules with polonium-210. “Leg” of the landing module touched the Moon first. The crew of the Lunokhod consisted of eleven members. One of the first operators of Lunokhod – Vyacheslav Dovgan’. They plan to make a whole lunardrome here. It was only one of the museum exhibits, but there are many more that deserve your attention! 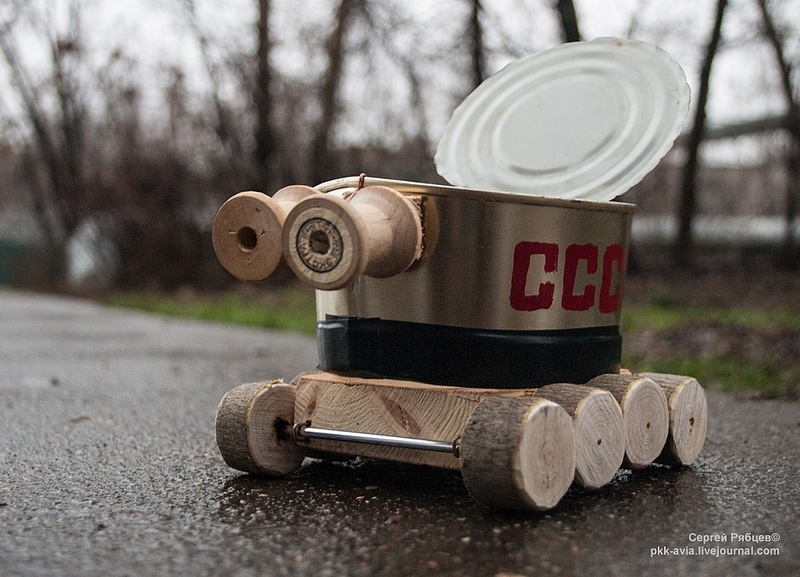