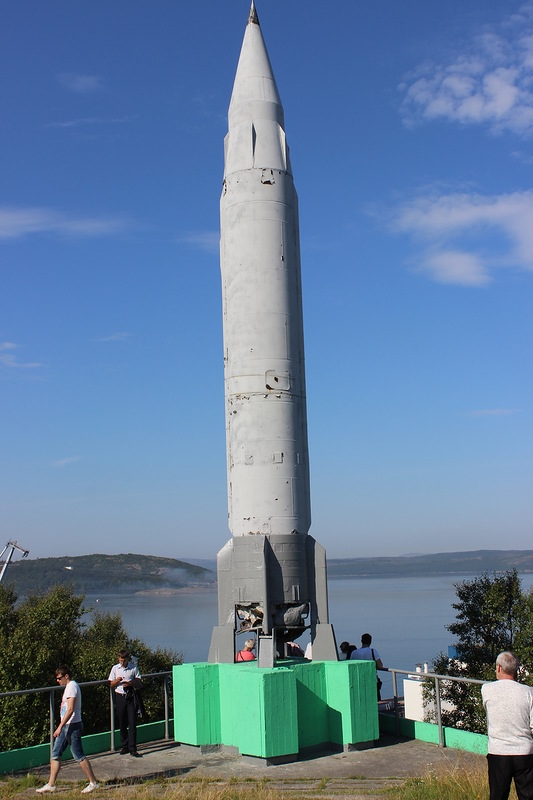 A photo story of two missiles whose destiny was to become a monument and a museum exhibit.

This one (on the picture above), R-13, stands in Severomorsk, Russia. It’s a Soviet liquid-fuelled single-stage ballistic missile. It was used to make the only one Soviet launch of a ballistic missile with a nuclear warhead from the submarine. You can see that the missile is in a poor condition. The missile can be seen from afar. Another missile was lucky to become a museum exhibit, itis located in the Navy Museum of Saint-Petersburg. Missile R-11FM is a soviet liquid-fulled single-stage ballistic missile, a part of the missile complex D-1. With this complex the Soviet Union became the first country whose submerged forces had submarines with ballistic missiles. Since 1958 to 1967 there were made 77 launches of R-11FM missiles, 59 of them were successful. The missile complex D-1 was put out of service in 1967. The model of a submarine-carrier of such missiles. View at the museum gallery from the top of the missile.