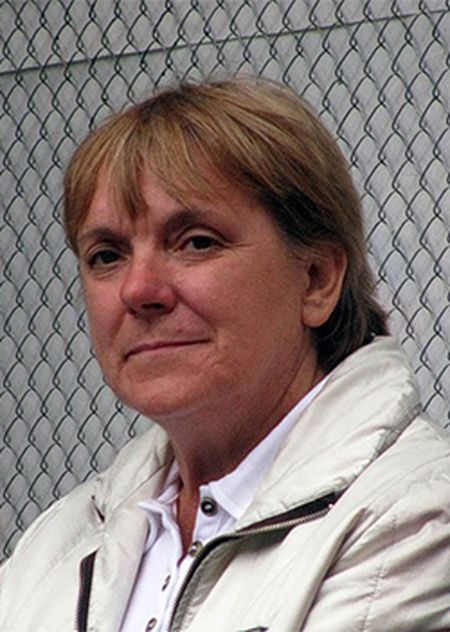 This is Galina. She is 61 and she lives in Sasovo, Ryazan region of Russia. She used to moonlight in the local swimming-pool as a cloakroom attendant. At first sight, she is an ordinary pensioner. But it only seems so… And not because she has some resemblance with Angela Merkel.

Once she was said that a new club is to be opened in the city – a club of knife throwers. And who knows what made her go there and try. At that moment she was 57.