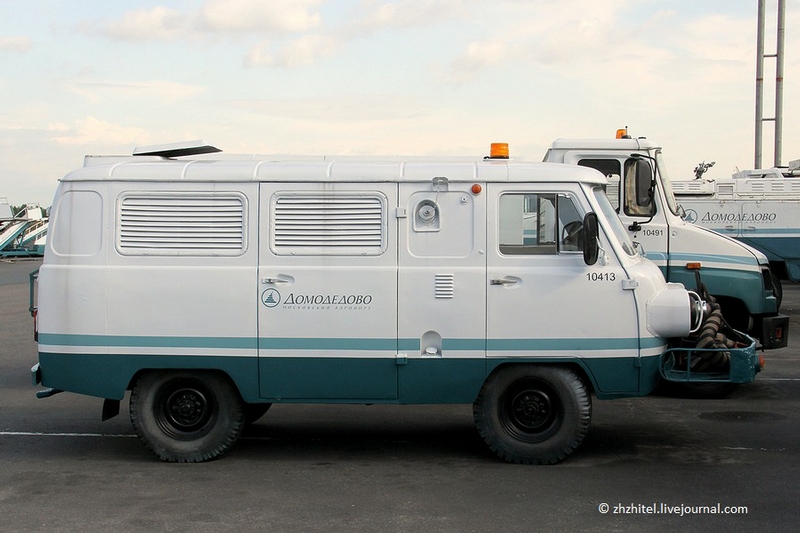 What if anyone use an aircraft engine for a car? The first picture coming to mind is some awesome record breaking racer. However there can be a more reasonable solution like this UAZ. The first thing that catches an eye is a protruded bumper that serves as a pallet for corrugated hose, unusual ledges under the lights. Huge fuel tank behind the driver. Control panel inside the car. Probably the engine may rotate generators. But the car has different, more important tasks. On the air field. Did you know that apart from major engines planes normally have smaller ones as well? They provide operation of air conditioning, hydraulics, some other systems. On the picture above the airborne auxiliary system is on. They are also used for starting major engines. That hole is a nozzle of the airborne auxiliary power. What are these hoses for? The airborne auxiliary power system may fail to function and some power may be required for heating a plane after long winter idling, for example. This is when the UAZ with the gas turbine engine will be able to help. By the way, its speed is only 30 km/h. Why is it so slow? For the reasons of safety and because its weight is nearly three tons. If you see such a car once, you will know it’s a very important vehicle.

6 thoughts on “Car With an Aircraft Engine”