Right now we are going to show you a unique place – biosphere reserve of the Far Eastern Branch of the Russian Academy of Science. Why is it unique? Because 98% of its area is occupied by the sea. 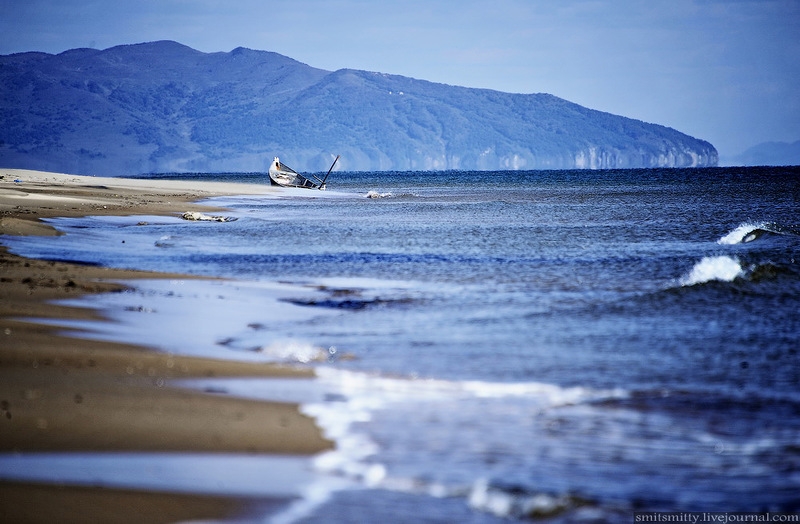 The reserve consists of the four protected sections. There is a cemetery of North Korean poaching boats on the local shore that stretches for seventeen kilometers. The border of the three states – China, North Korea and Russia. Not so far are many abandoned boats… All of them were detained for poaching. Their owners used to trespass losing orientation in the fog. After detention owners of the boats are deported, it’s too expensive for them to transport the boats back. So they leave them here. However anyone is allowed to visit this place. There is much North Korean garbage near and in the boats. Yes, it’s the territory of the reserve. 3 thoughts on “At the Crossing of Three States”