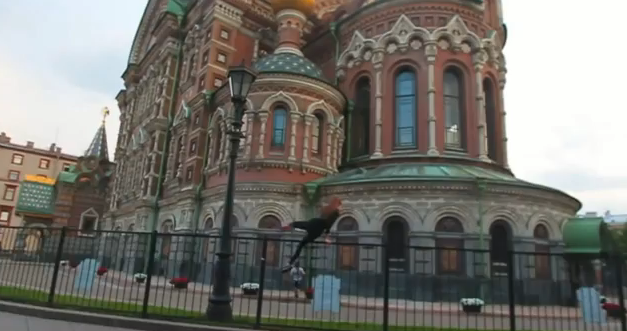 The Church of the Saviour on the Spilled Blood is one of the main structures of Saint Petersburg. It was built on the site where Tsar Alexander II was assassinated and was dedicated in his memory.

Just recently a couple of roofers made the church to be the object of their night trick. The guys had managed to shoot such a video until police forced them come down.

6 thoughts on “Roofers Climb the Church”