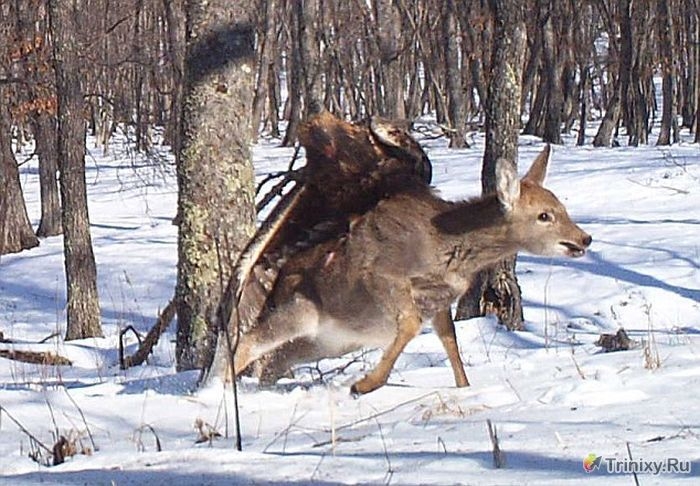 These unique shots were taken on the territory of the Lazo district, Primorye. Nothing similar has ever been caught with a camera before. A strong golden eagle was so hungry that attacked a dappled deer that didn’t expect any attack at all. The bird lifted its prey into the air and took it away in spite of the fact it was considerably heavier than the eagle itself. Here is what remained of the deer two weeks after.