The Seige of Leningrad is one of the darkest pages in the history of the city. Severe winter 1941-42 finished what had been started by the merciless enemy. It was hard as hell for everyone, people were starving or freezing to death, it seemed nothing could help them.

But even in those terrible times some people didn’t spare themselves trying to save poor animals of the Leningrad Zoo. The workers of the Zoo managed to take more than 80 rare animals away from the city to Kazan but many others remained in Leningrad. About 60 animals of the Zoo were brought to Vitebsk, Belarus, for demonstration to local children. But all the plans were spoiled by the war. They needed special means of transportation to take some big animals away from the city. One American crocodile was simply let into the Western Dvina river and nobody knows what subsequently happened with the reptile.

In Leningrad people had to shot some large predators down – their cages could be destroyed by shells and the animals could escape and start hunting. Ruins of the elephant enclosure.

In early September the city was encircled by the enemy. By that time the Zoo still had bisons, deer, an elephant Bettie, hippo Beauty, trained bear cubs, fox cubs, tiger cubs, a seal, two donkeys, monkeys, ostriches, a black vulture and many smaller animals. Those explosions were horrible for them all! Bettie killed by one of the bombs, September 10th, 1941. She was buried on the territory of the Zoo.

The animals behaved like never before – they were horrified, darted around their cages, were roaring from fear. Ruins of the elephant enclosure, 1941.

At that night some smart bear cubs and merry foxes were killed. The walls of the monkey enclosure were destroyed so all the monkeys scaterred around – Zoo workers were collecting them from all over the city the next morning – they were shaking from fear. The clumsy bison fell into the funnel and people were just too weak to pull it out… They used planking and put straw from the bottom to the top of the pit to draw it out.

The other night a goat and a couple of deer were wounded. One girl working at the Zoo was taking care of them, shared her bread and put the animals on their legs. But they were killed by another firing that became fatal for the tiger cubs and large bisons as well.

Hippo named Beauty had been brought to the Zoo in far 1911 together with Bettie. It survived and lived a long happy life thanks to a self-sacrificing Yevdokia Dashina. The skin of the hippo had to be moistened with water all the time to prevent it from drying and covering with bloody cracks. In winter 1941 there was no water supply and the pool of Beauty was empty.

Yevdokia brought a huge barrel of water on a sled from the Neva river every day. It was heated and poured on the poor hippo. Yevdokia applied camphor ointment to the cracks on the animal’s skin (a kilogram daily). The hippo felt better soon and lived till 1951, died of old age having no chronic deseases at all. Needless to say the Zoo was not financed those years at all, survival of the animals fully depended on the Zoo workers. In the first months of the war they collected corpses of killed horses and vegetables from fields putting their lives at risk. When this opportunity was lost too, they mowed grass wherever it was only possible, picked ashberries and acorns. All vacant territory was turned into vegetable gardens where they grew cabbage, potatoes, oats and rutabaga. But only vegetarian animals could be saved like this. What could they do with others? Bears were rebelling but ate stuffing from vegetables and grass, but tigers and the vulture firmly refused such a diet. So they found some skins of rabbits, stuffed them with grass, mill cake and upper leaves of cabbage which are not normally eaten, and applied cod-liver oil to those carcasses from outside. It’s how they saved the finicky predators from starvation. Predatory birds ate the same mixture but with fish added. However they had to catch rats for a golden eagle, it refused to eat fish.

It is known that an adult hippo should eat 36-40 kg of food daily. But at the years of the Siege they could eat only 4-6 kg of the terrible mixture of vegetables, grass, mill cake plus 30 kg of steamed chips just to fill the stomachs. Enclosure of young animals. The 30s.

A hamadryas baboon Elsa gave birth to a baby. Mother had no milk but the local maternity home daily provided some milk so the baby managed to survive.

It’s amazing but the Leningrad Zoo closed only in winter 1941-42. In spring its exhausted workers were cleaning all paths and cages to have new visitors in summer. They had 162 animals to show then. During the summer they had 7400 citizens of Leningrad, it proved the necessity of such peaceful cultural place.

Many workers spent nights at the Zoo being afraid to leave the animals even for a short period of time. There were not so many of them – about twenty, but it turned out to be enough to save many lives. Sixteen of them were awarded with the medal “For the Defense of Leningrad” and the Zoo was not renamed to keep the memory about the feat of those people. 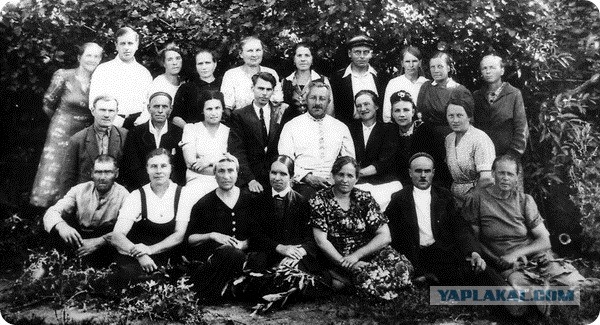 4 thoughts on “Saving Animals of the Sieged City”