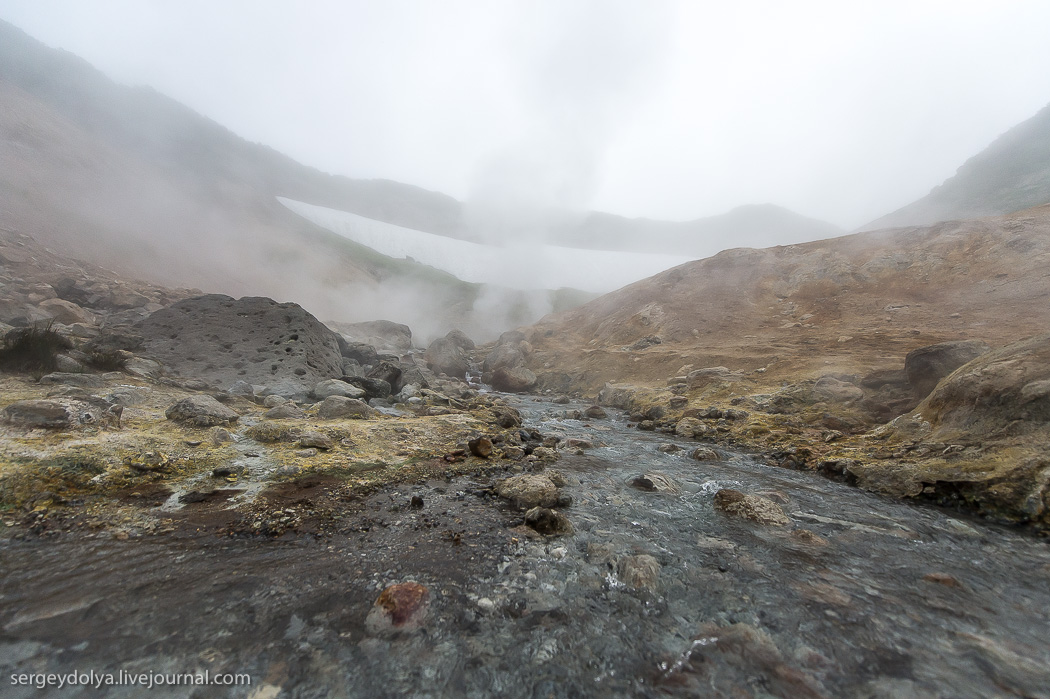 These hot springs are located in the southern part of Kamchatka peninsula, not far from the Mutnovskaya geothermal power plant – it’s where are going now through the dense fog. 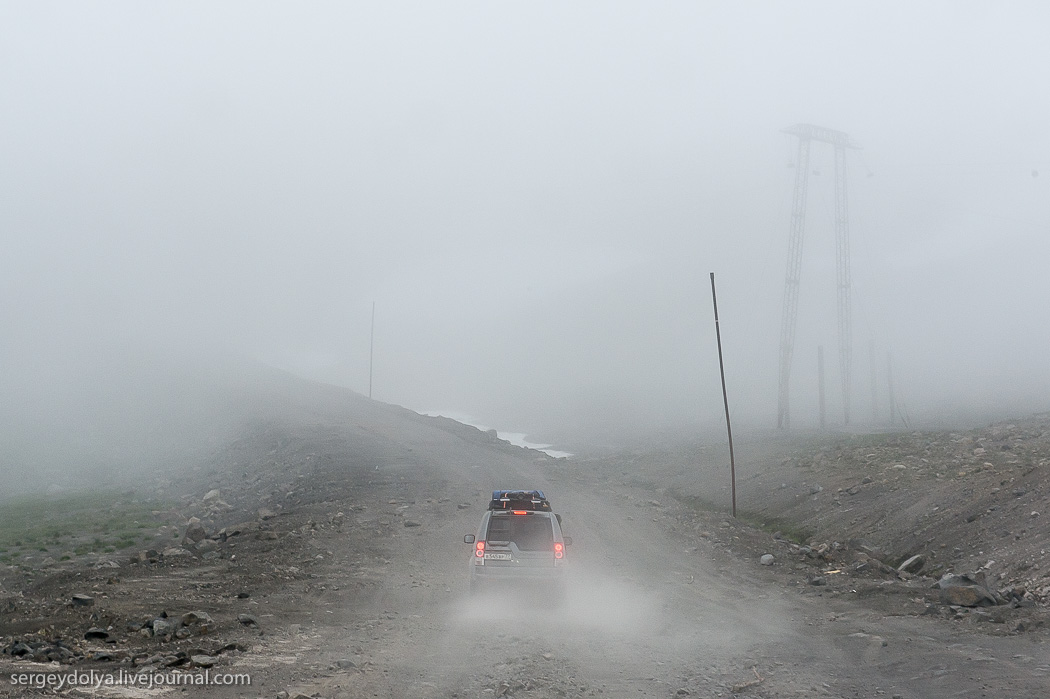 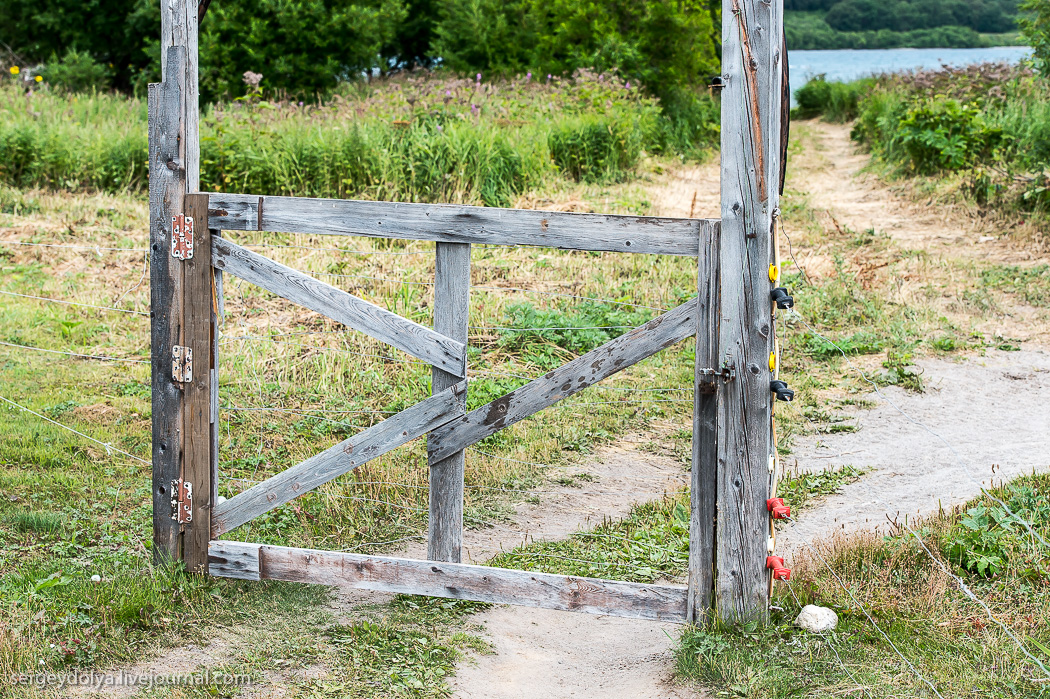 The wire under voltage is for protection from bears. 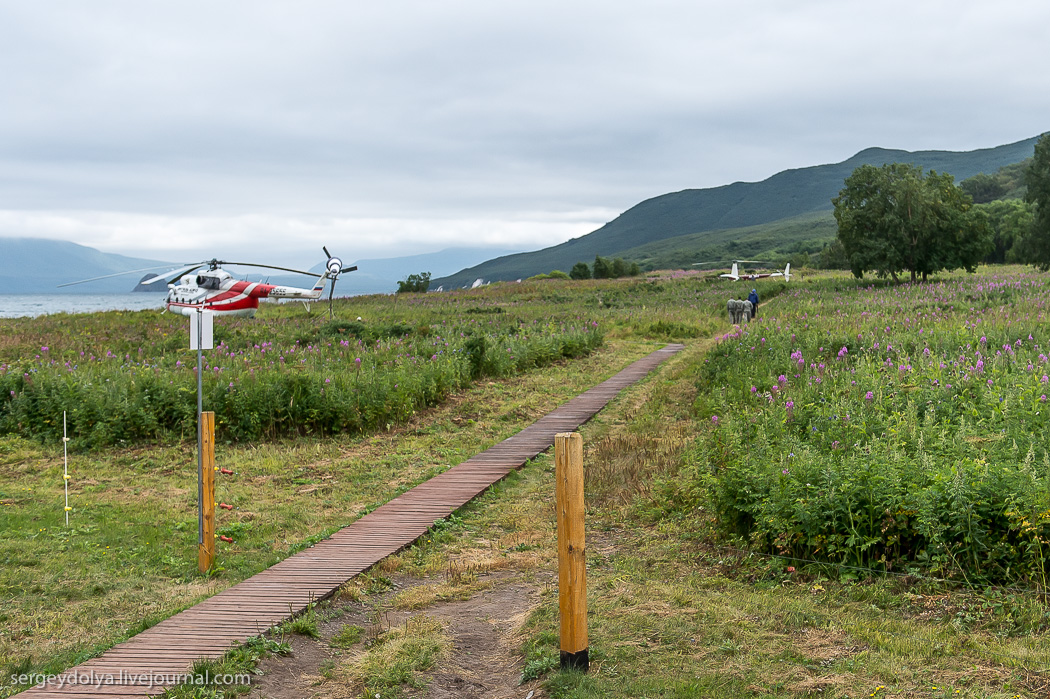 The helipad is fenced too. 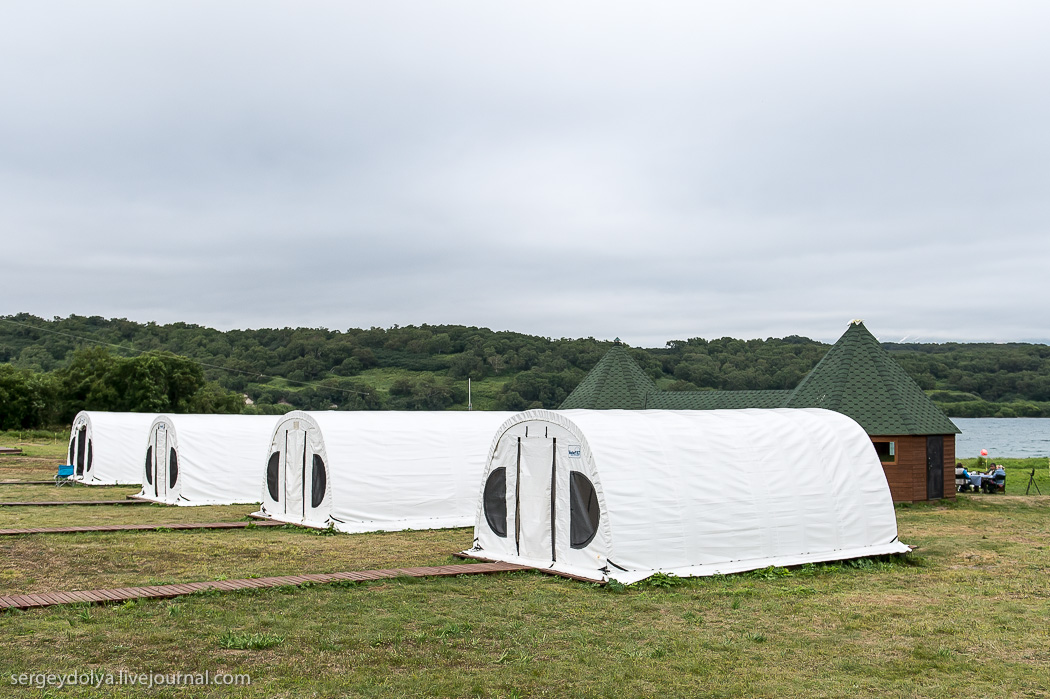 It’s where tourists can stay. 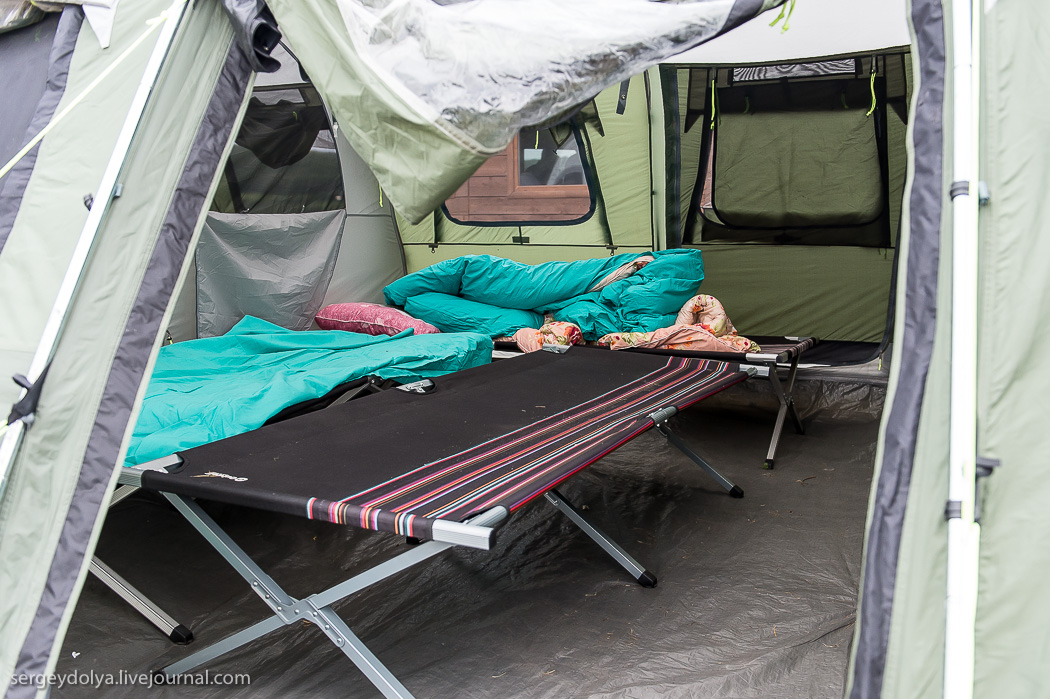 Inside is necessary stuff only. 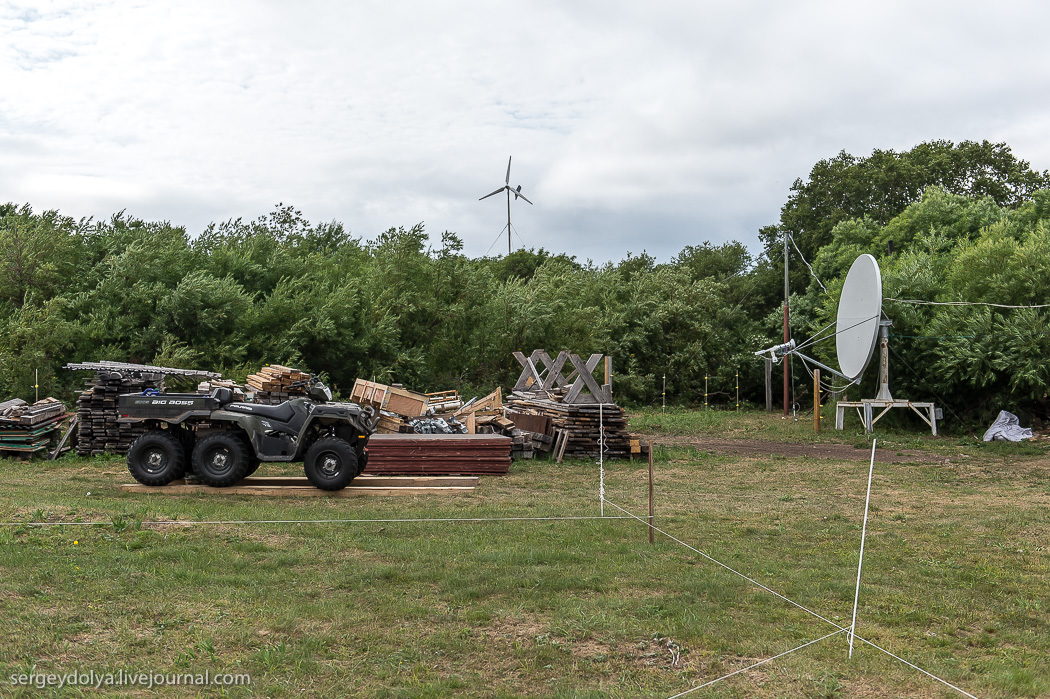 There are an all-terrain vehicle, equipment and satellite Internet there. 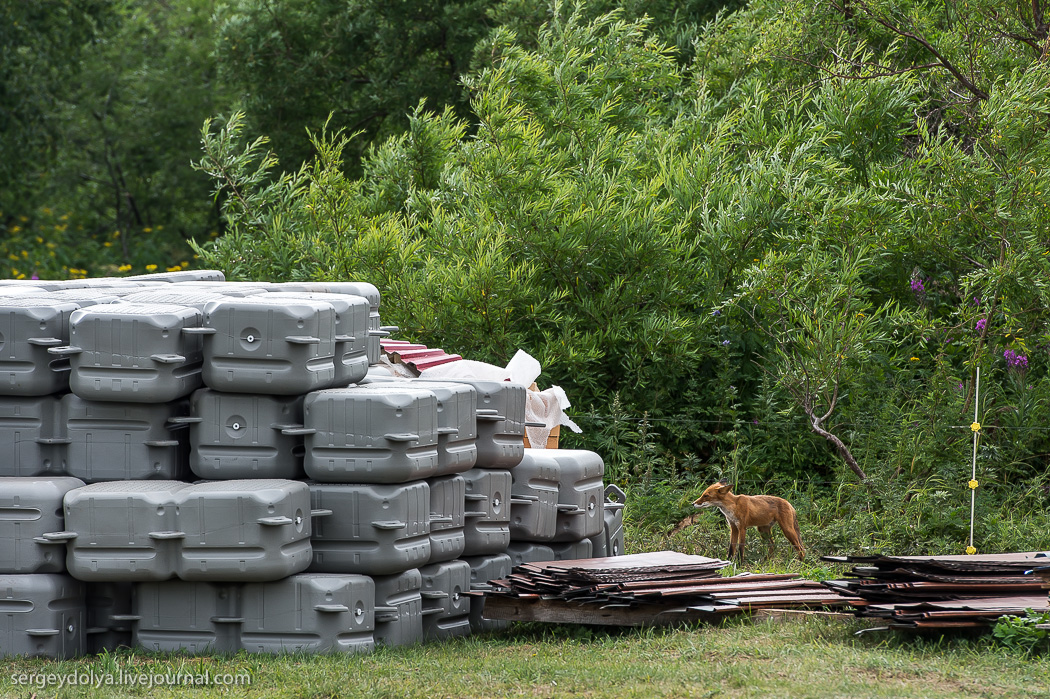 Guest of the place. 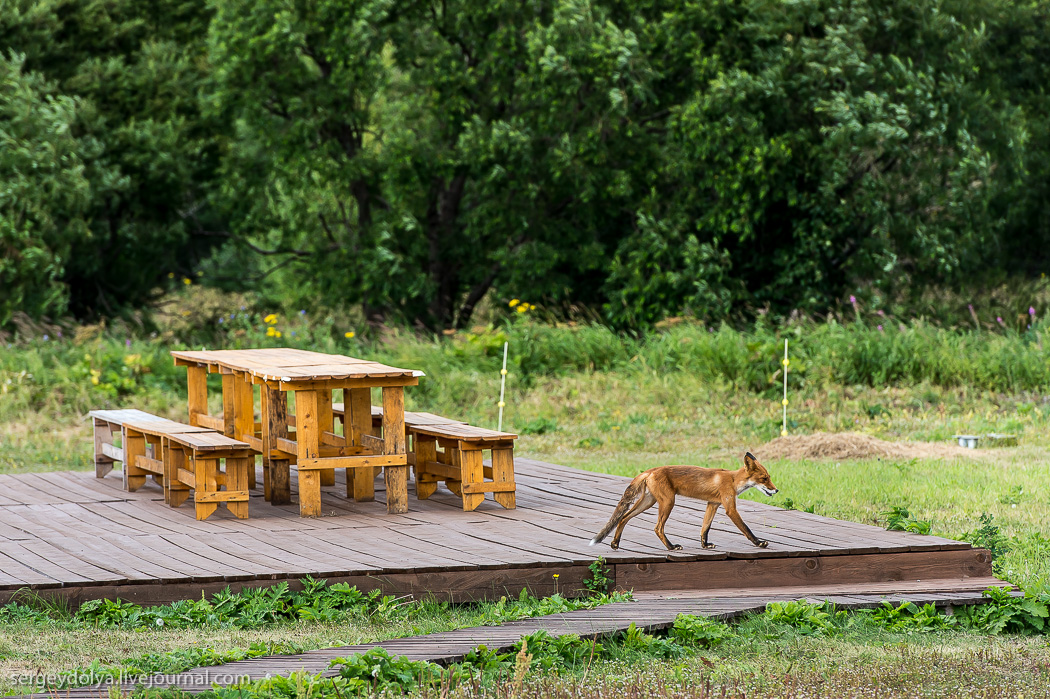 It knows how to bypass the security system. 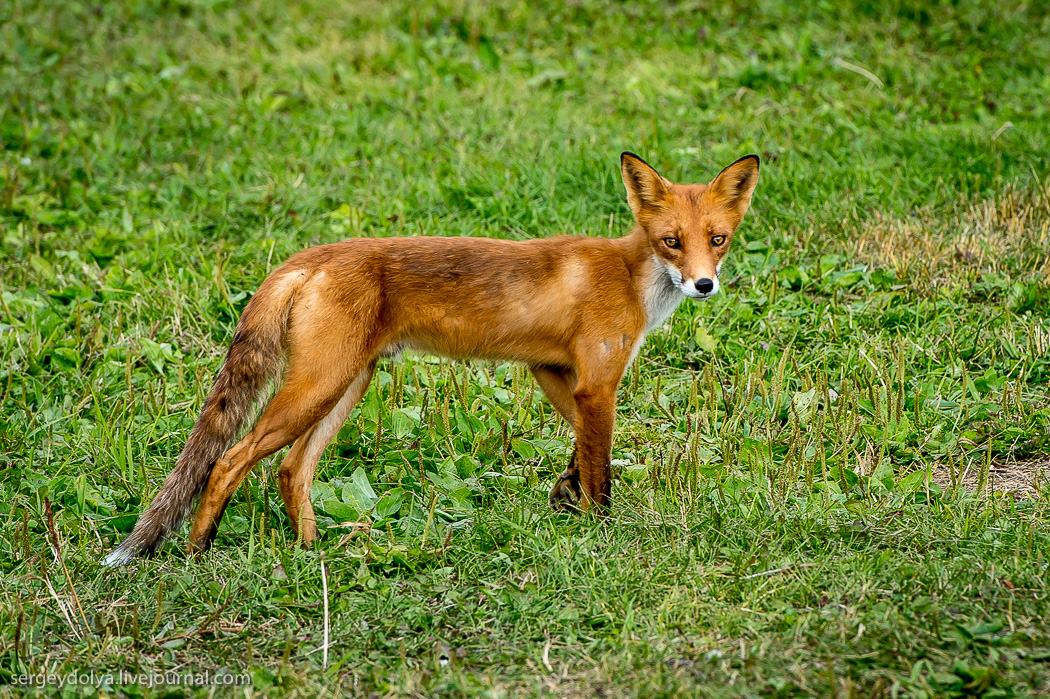 Mutnovskaya geothermal power plant was named so after Mutnovsky volcano. The visibility here is often low. This place is often called the little Valley of Geysers but there are no geysers here, there are hot gases which pass through the water of the cold stream, heat it and create an effect of spouting. Gaps on the snow. Warm water has melted the snow. This building looks so surreal! It’s a former hotel that is inhabited by workers of the geothermal power plant today.