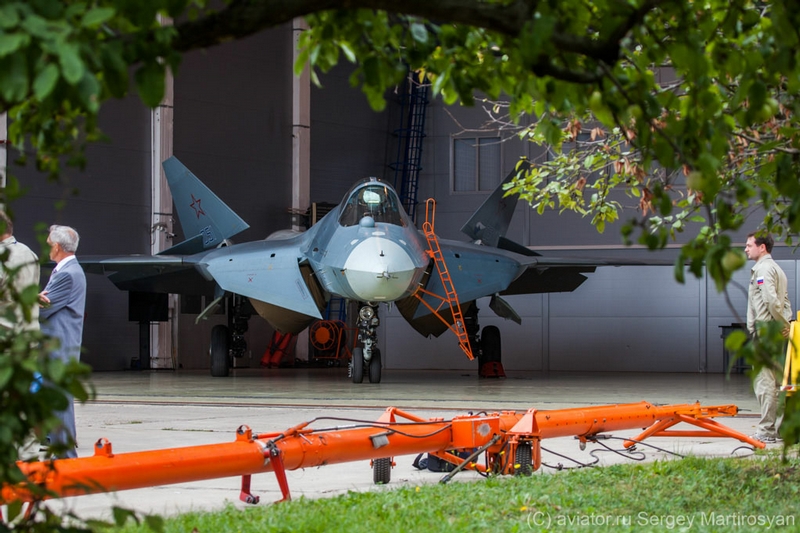 This territory is strictly guarded and no strangers are allowed to enter. It’s the place where a wonderful aircraft is kept – a twin-engine jet fighter T-50. T-50 is an aircraft of the fifth generation equipped with an innovative complex of avionics and a perspective position radar station with a phased antenna array. Aboard it has an intellectual communication system of the new generation. Its first flight was performed in January 29th, 1010 in Komsomolsk-on-Amur, first public demonstration in August 17th, 2011. Results of numerous fundamental researches in various spheres were combined in a single technology. It is not allowed to come very close. 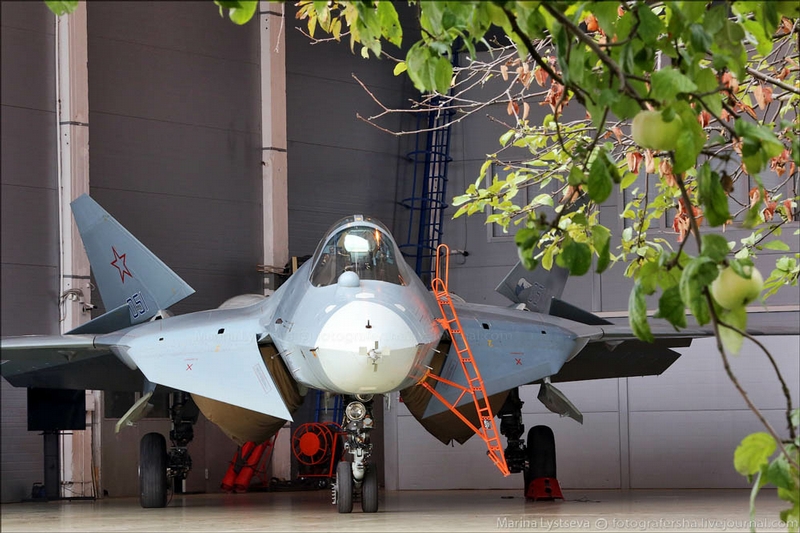 The secret weapon of the vehicle. The pitot tube actually.