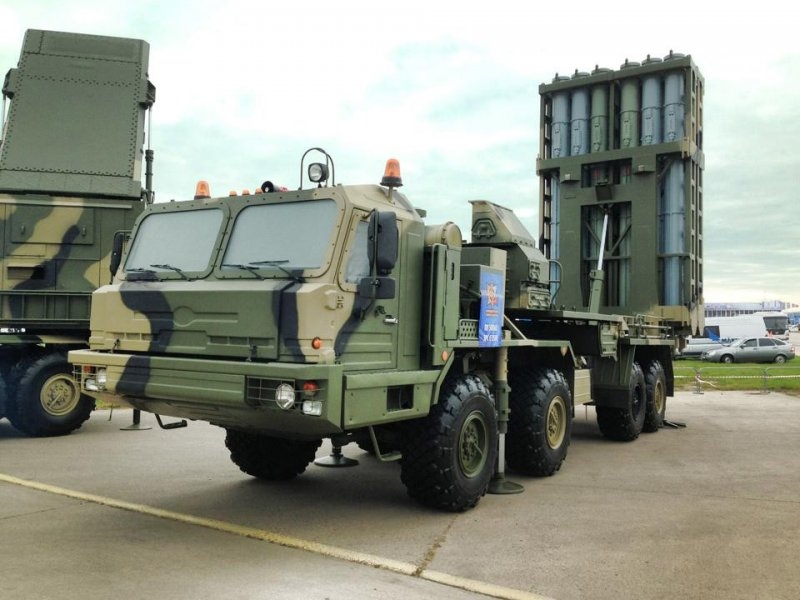 MAKS 2013 air show is not only a good place to show wonderful aircrafts in the sky but also to demonstrate the new automotive vehicles on the ground. This post is about two of them. The first of them is an anti-aircraft missile system of medium-range S-350 “Vityaz” in the export modification (S-350E). It is shown to public for the first time.

There are three vehicles from the complex of “Vityaz” at the show: a self-propelled launcher 50P6E with twelve antiwar missiles container launchers, a multifunctional radar station 50N6E and a combat control system 50K6E. All the vehicles are on eight-wheel chassis made in Russia. 8 thoughts on “First Show of the Two Russian Combat Vehicles”