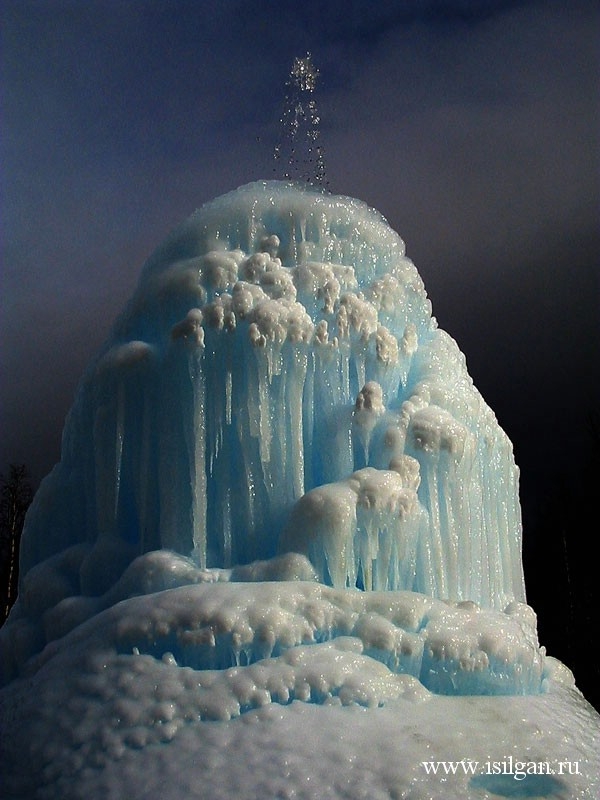 Summer is perfect for travelling but the national park “Zyuratkul” not far from Chelyabinsk is better to be visited in winter. You may see its marvel, the ice fountain, on cold days only. The forest here is dense and awesome – age-old spruces are growing towards the clear sky. You are reaching the very heart of the Ural mountains and soon come to the foot of the mountain Bolshoi Uvan (1222m) where the fountain is located. In 1976 geologists drilled a hole here and found a river flowing underground. Later a tube was installed in the hole and a 10 meters high fountain appeared at the mountain Uvan which turns into the ice pillar in winter. It is always different, its contours and size are never the same. The color of the ice is very beautiful, bright blue, and it’s even hard to believe it is not specially colored. On  dull day, when the sky is pale, the ice becomes bright azure. The main sculptor is the wind that blows the rising water in different directions. 1 thought on “Ice Fountain Which Is Never the Same”