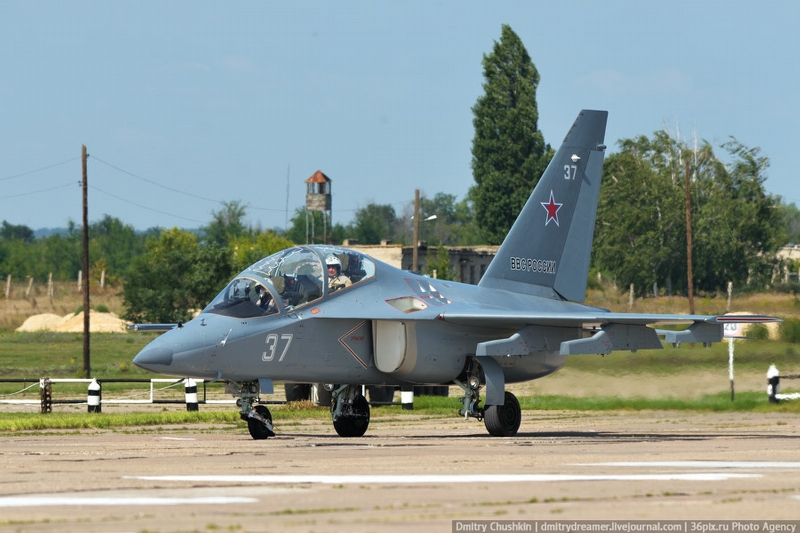 We are in Borisoglebsk, Russia, to see how cadets – pilots take their examinations at the airfield. This squadron became the first in Russia that was training on combat aircrafts YAK-130. Some crews have already performed their flights, others are only getting ready to fly. Cadet sits in the first cabin, examiner – in the second one. Cadets who passed their state exams on that day first flew on Yak-130 in March 2013. Main systems of the aircraft are to be checked before a flight. Skill of a future pilot is assessed according to individual implementation of complex maneuvers. Filling the tanks with cerosene. The aircraft is ready for towing to the parking zone. The sky is clear at last!