Russian company SMP Robotics started production of patrol robots “Tral Patrul 3.1”. The autonomous mobile system is intended to patrol and guard objects with large territory, protect them from foreign objects. It could be used at oil and gas storage objects, warehouses, objects of power industry, coastal and tourist zones, on household plots etc. 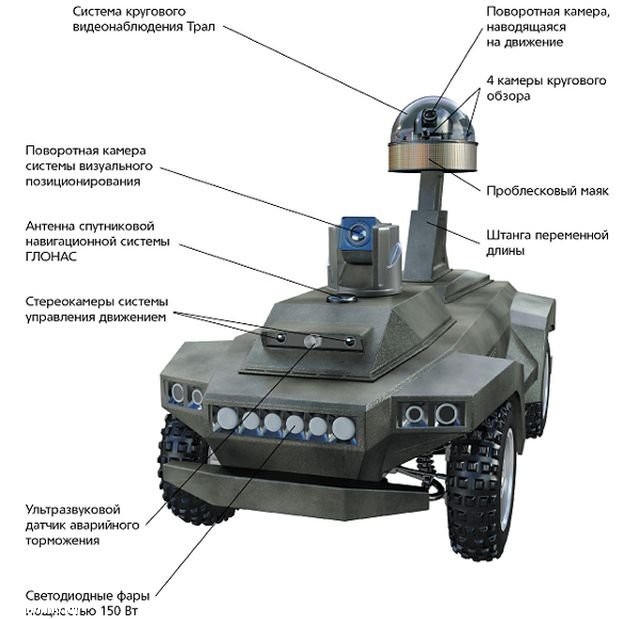 The robot is able to move along a given route (or several routes) and examine a guarded territory for presence of unwanted guests. Some cameras are mounted on the robot, if it detects a moving object it automatically switches to the tracking mode and sends an alarm signal to the central guard post. If the guarded territory has two or more patrol robots they can exchange alarm information between themselves and operate more effectively together. The robot does not need an operator, it moves along the route programmed in advance. It can overcome about twenty four kilometres with speed of 5-7 km/h on one battery charge. The company may start production of the tracked robots soon and the range of their tasks will extend. The robot is able to detect a person at the distance of 60 m in daytime, and 30 meters at night.