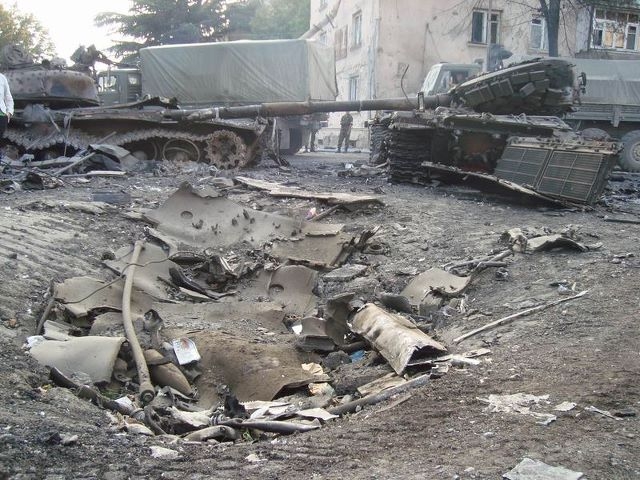 Tskhinvali, South Ossetia. In August 8, 2008 a group of Russian-Ossetian soldiers brewed up three Georgian tanks. One of them was practically torn to pieces after the detonation.On the picture above is the place of the explosion. The torn off turrent of the tank flew several dozens of meters, broke through the canopy of the building and got stuck in the porch. The building has been recently reconstructed but the turret has been preserved to remember the war days.

6 thoughts on “The Story of One Turret”