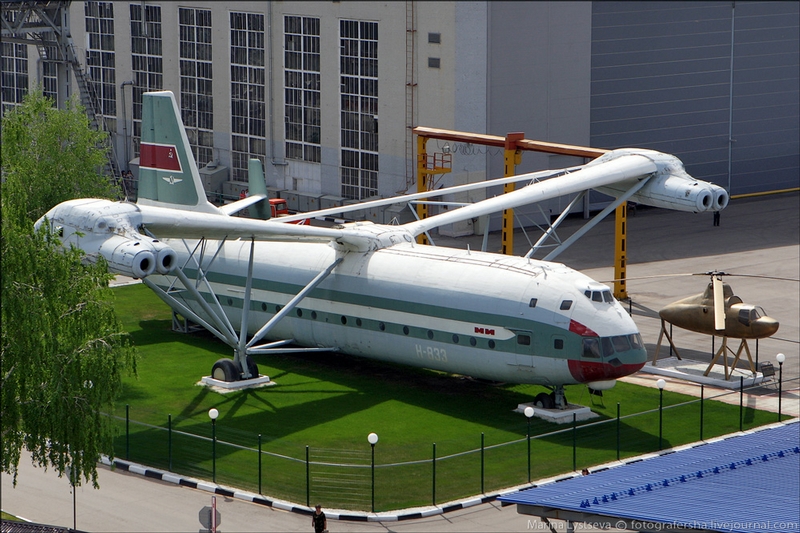 V-12 was being developed as a heavy transport helicopter with carrying capacity exceeding thirty tons for transportation of intercontinental ballistic missile components for strategic rocket forces whose position areas were at places without paved roads.

This V-12 turned into a museum which is not so bad compared to destinies of many other great vehicles of the Soviet epoch. The helicopter’s distinctive feature is side position of screws on the wings of inverse taper which are driven by four engines D-25VF.