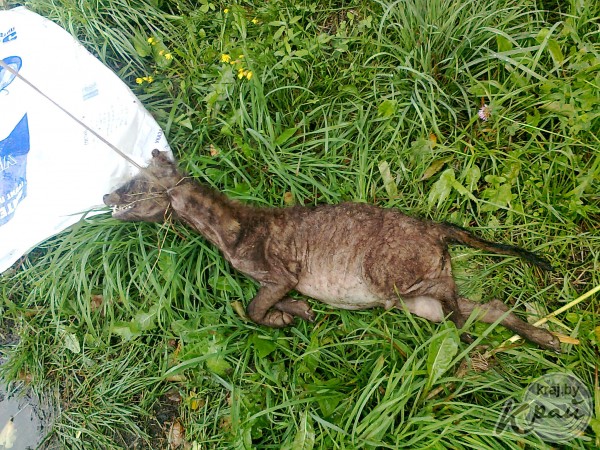 Just several days ago workers of one Belorussian farm killed an unknown animal that had been attacking cows and calves biting their feet.

The local veterinarian examined the animal and told that it was the smallest of the three alike creatures seen in that district. Two others managed to escape. The vet cannot say what species of the animal it is. Hunters have disputes about it too. Some of them believe it is a mutant of some species. It resembles a hyena, has some features of a fox, a raccoon and a dog. The main local vet does think it’s a sensation and is going to simply burn the corpse of the killed animal.

One more alike animal had been killed by a Ukrainian farmer some time earlier. He gave the body of the animal to biologists who stated that the “chupacabra” was in fact a racсoon dog. 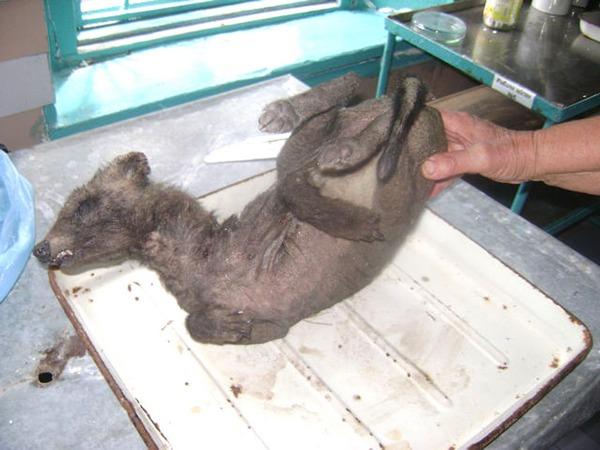 Raccoon dogs started to be bred on Soviet farms in 1939, they had really good fur. When the war started all animals were released into the wild natural environment. Raccoon dog is a predator but it also eats vegetable food. It’s also not squemash about carrion and food wastes.