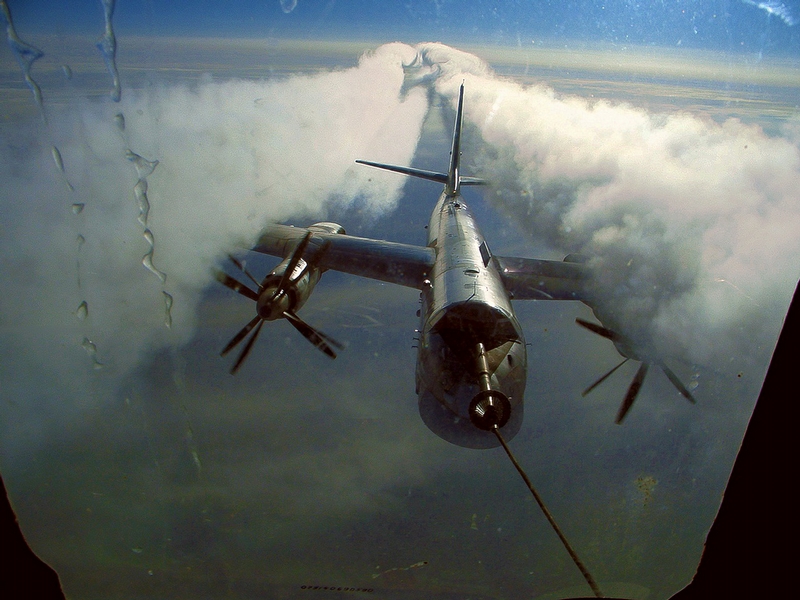 The Tupolev Tu-95 (NATO reporting name: Bear) is a large, four-engine turboprop-powered strategic bomber and missile platform. First flown in 1952, the Tu-95 entered service with the Soviet Union in 1956 and is expected to serve the Russian Air Force until at least 2040. Some pictures of the bomber are inside the post. The bomber became one of the symbols of the Cold War. 4 thoughts on “Russian Bear In the Air”