This superjet arrived to Moscow from Ostrava, Czech Republic where it was repainted in the Russian handicraft style of “khokhloma”.

This ornament had been chosen among others for the 90th anniversary of the Russian air company “Aeroflot”. So how do you like the result? 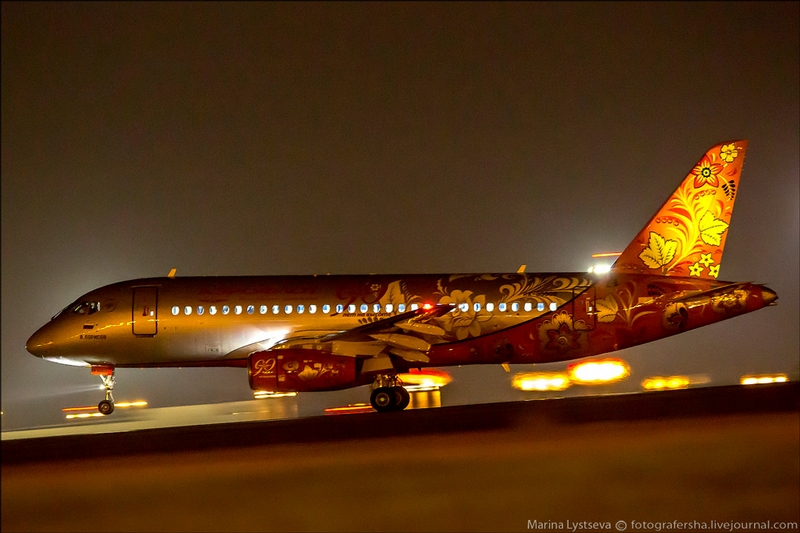 Initially the contest “Paint the plane” was not even taken seriously but there were a lot of creative people who took part in it. Some ornaments offered by participants were even shocking… 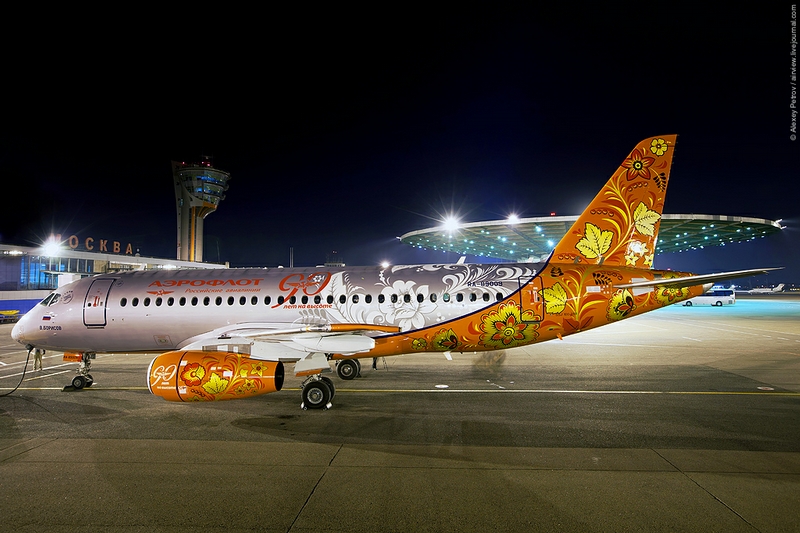 The author of this work got a golden card of “Aeroflot” valid for a year.

2 thoughts on “Must Be the Brightest Plane In Moscow Today!”