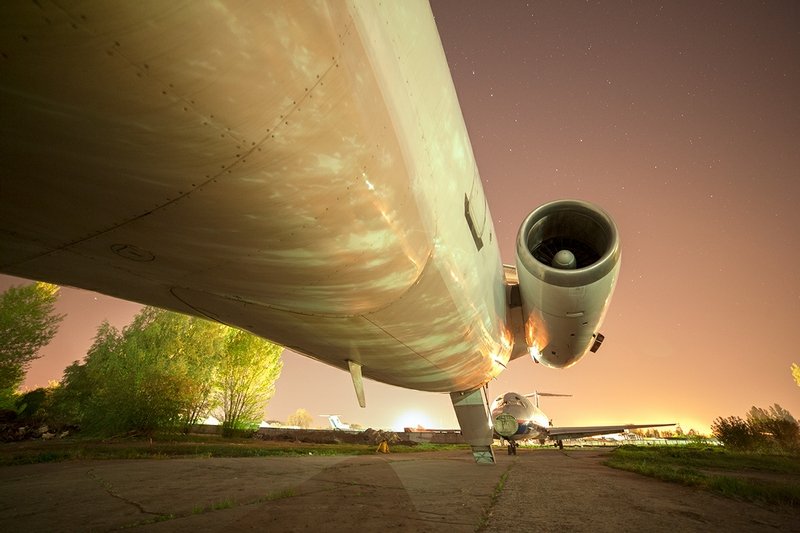 Usually bloggers and phpotographers are officially invited to airports for shooting aircrafts. Actually they all have many similar shots in result. This time we are going to join photographers who will penetrate the territory of the international airport illegally at night. According to satellite images there were more vehicles here, probably they were disposed. Unfortunately the plane is closed and we can’t get inside.

Some more strange An planes. This one is opened, let’s get inside. There is an accident recorder in the aft body of the plane. The cap has already been dismantled. The tape was taken away. Outside it looks better. This one was probably flying just several years ago. It’s better not to touch anything here. These planes seem to still operate. Nearby is fuelling equipment. On the picture above is An24V. Mi-8MT. Someone is smoking in the dark so we have to escape now…

3 thoughts on “Night at the International Airport”