We are going to inspect one of the army canteens of the Moscow region inside this post. Soldiers have never been served dainty dishes, besides, sometimes soldiers had to look for food by themselves. Hungry? Your problem! It had been typical for centuries in Italy, Sweden, France, Russia. The first person who began to change this situation was Peter the Great. For the first time in the history of all the Russian army soldiers began to be fed by civilian companies.

Indeed should a soldier spend hours in a kitchen? Nope. Today soldiers serve in the Russian army for one year only so it would be stupid to spend this time peeling potatoes! This is the canteen we are about to visit right now. Do you like to cut bread as much as soldiers do? Salad can be mixed here from any ingredients. “Do not spit in the compote, the cook washes his feet in it!”.
From the chef’s humor. Everything must be neat in the army! “Life of a soldier is a struggle: before lunch – struggle against hunger, after lunch – against sleep”. 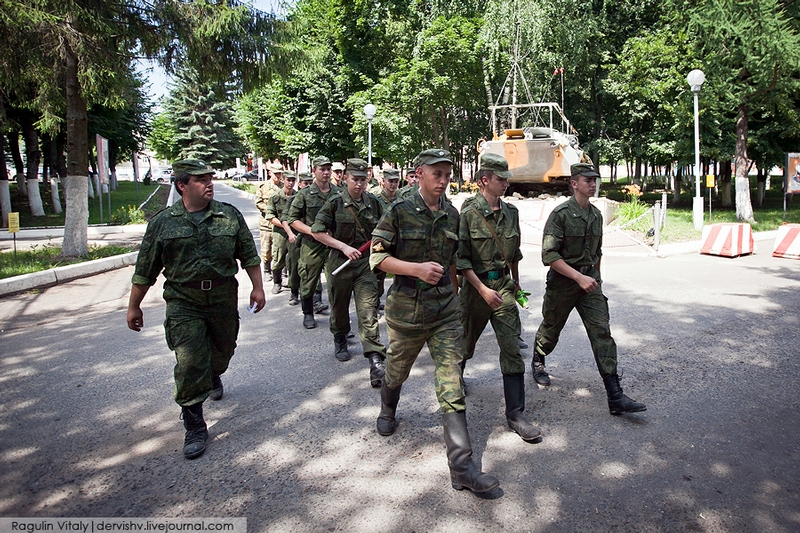 Officer of the day and medical worker are the first to try the food. It is nice to have a choice, even when salads are concerned.

The soldiers are satisfied with the food. Nobody complains. There is contact information, telephones, addresses and names of those who are responsible for food in every army canteen. Any soldier can call and complain. But it’s time to train, study and exercise. – Why don’t you put bay leaf in the soup?

– Nobody eats it, colonel! “It is a holy work to serve your country!”

12 thoughts on “Lunch Time In the Army”