One of the most intersting places in Yakutsk, Russia, is a museum of permafrost in the old tunnel which was drilled in 1989 for storage of foodstuffs. Later it was closed to be bought in 2008 by one local travel agency. Today it is a unique vault where the temperature of 5-10C is maintained all the year round. The museum walls are covered with hoarfrost, all the earth is penetrated by ice streaks. It’s a cool place for children, because there is a residence of Russian Santa there, adults prefer to spend time in the bar of the museum where vodka is served in ice shot glasses.

Furthermore there is an exhibition of Yakut treasures at the place. Visitors can see diamonds of a quail egg size there. 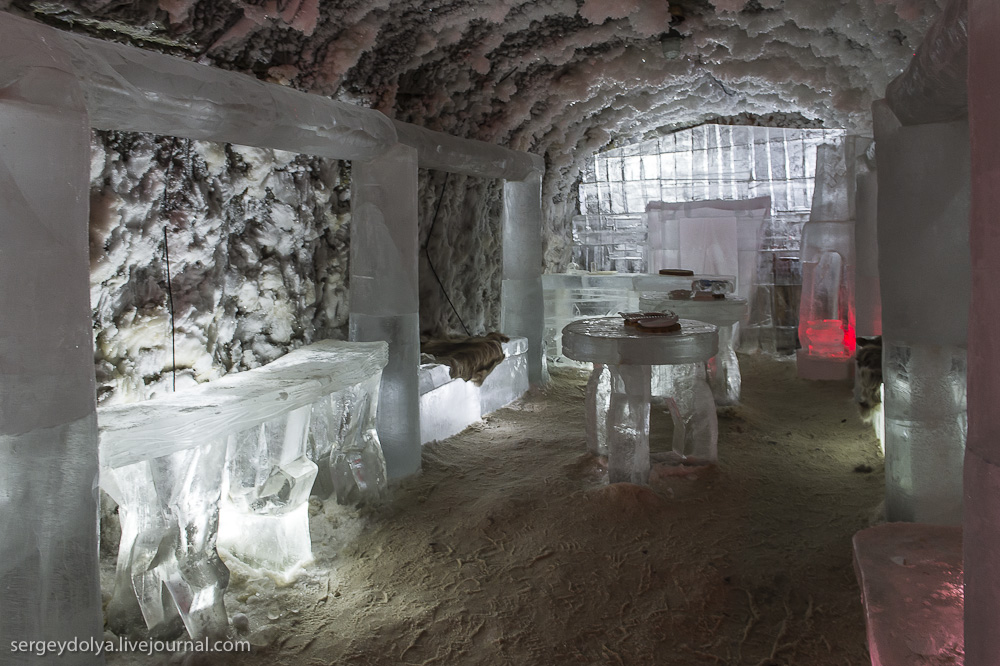 This map shows where and what monerals are extracted in the region. To the left from the Lena river they mostly extract oil and diamonds, to the right – gold and platinum. Old national Yakut sunglasses made from silver. This thing is very useful, especially in winter. Glass was not used then so they made two narrow cuts. Platinum nuggets, the lowest ones are not less than 1,5 cm in diameter. And these are gold nuggets: some of them are fist-sized. This thing will be enough to buy a little European country. Rhinestone. The master somehow “scratched” it from the inside to make the figure of the baby. Huge diamonds. Each of them has its own name and history, some are devoted to definite people. The museum has interesting installations. Fish from the Lena river is frozen in the ice. 2 thoughts on “The Museum of Permafrost”