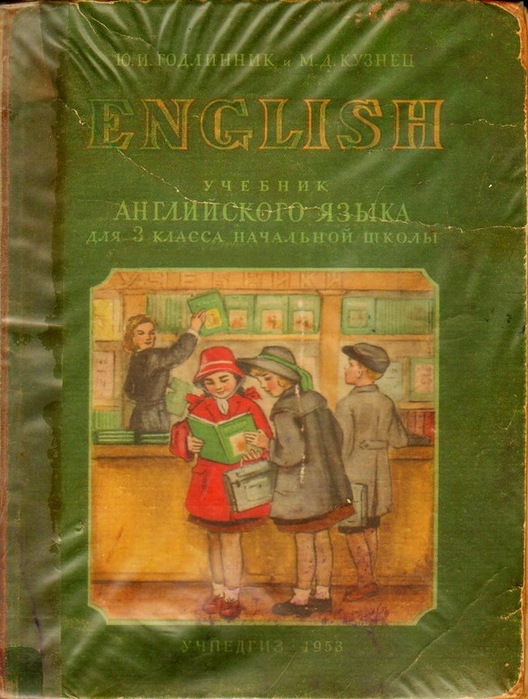 This is a book of English for third-grade pupils published in 1953. There are many interesting details in it which characterize that epoch. Thus we can see that boys and girls studied at school separately. All pupils wore school uniform. Separate education would be canceled a year after the book was published, in the studying year 1954/55. It became “more difficalt to arrange the pedagogical process and educational work”. Boys and girls met only the Palace of Pioneers. Besides, the book portrays the school uniform 1948 of girls and boys rather well. That uniform had existed until 1962. There are no pictures of kitchens in the book, so we may suppose that all the interiors depicted are from communal apartments. Pioneer girls parading in the centre of Leningrad. 1 thought on “The Book of English For Soviet Children”