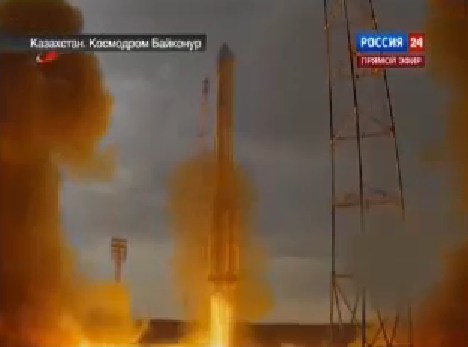 Lot of disappoinment caused the latest failure of Proton rocket to carry the GLONASS navigation satellites up to the orbit. It’s pretty interesting that out of more than twenty five launches this and last year only two were failures but both carried the GLONASS sats and no any GLONASS equipment were present during successful launches, which make them to speak about the “curse of GLONASS”. Others say it might be a money laundering by the scientists who want to cover up their misuse of the funds. However all those are just rumors that circulate around in blogs etc, what we have is a pretty spectacular video of a rocket failing and a news anchor failing to perceive what he is seeing.