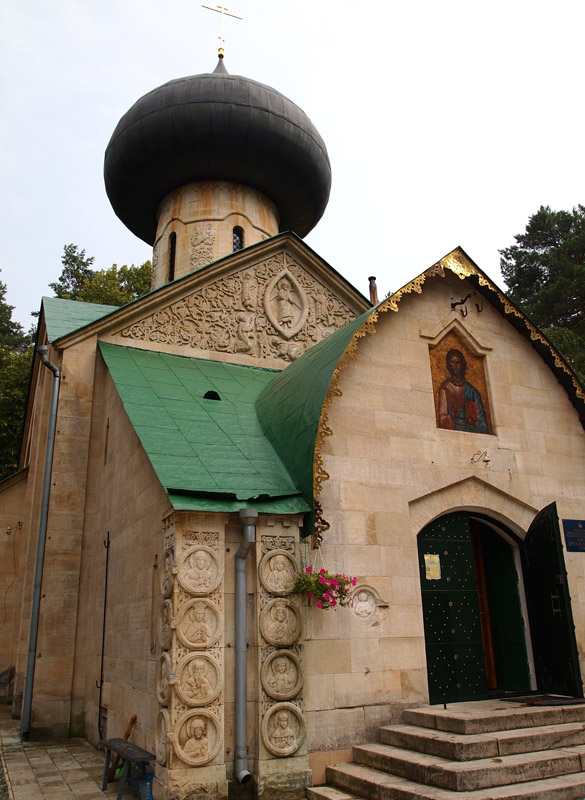 Eighty kilometers away from Kharkiv, Ukraine, there is a church of very unusual architecture which was built in 1913 by one Ukrainian sugar tycoon. At that time sugar was as precious as oil today so the tycoon built not only the church but also a park of 48 hectares which surrounds it.

In the Soviet time the church was repurposed in many different ways: it was used as a pub, coal storage, even as a boiler room! While the park was used as … a sanatorium for TB patients! 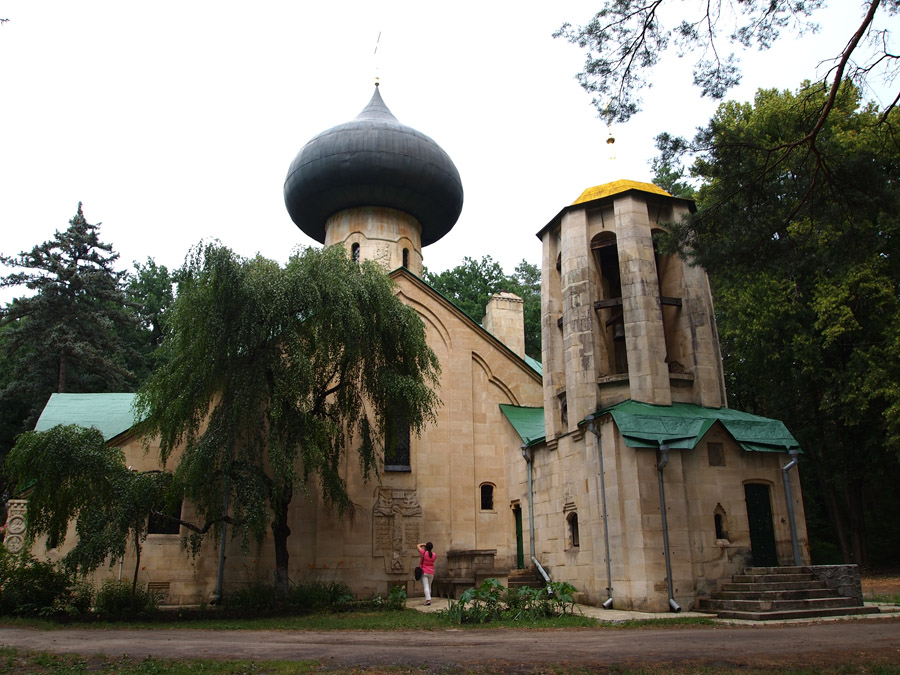 According to one of the versions the tycoon saw a similar church on the seashore of Nice and called an architect to build an identical one in the Kharkiv region. According to another version Nice had never had such a church. 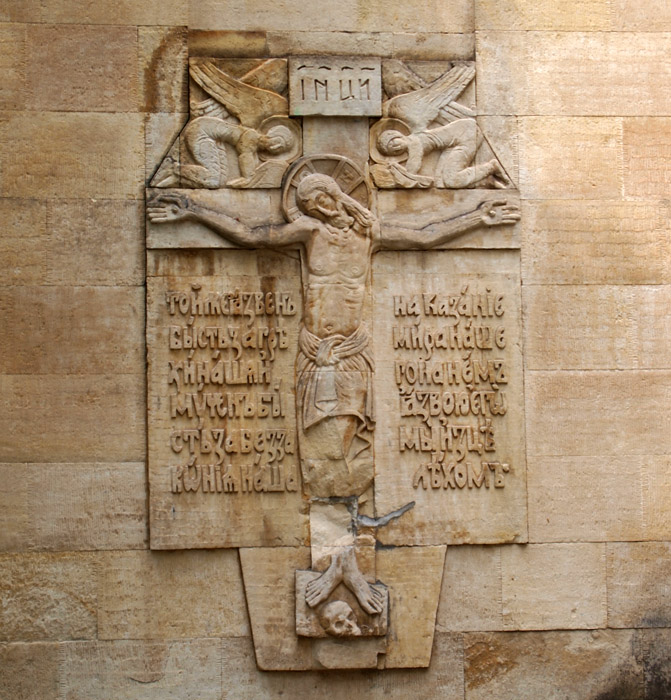 The reliable version says that the construction was held since 1911 to 1913 by an architect A. M. Rukhlyadev. It was decorated by beautiful stone carved images made by a famous sculptor A. Matveev. 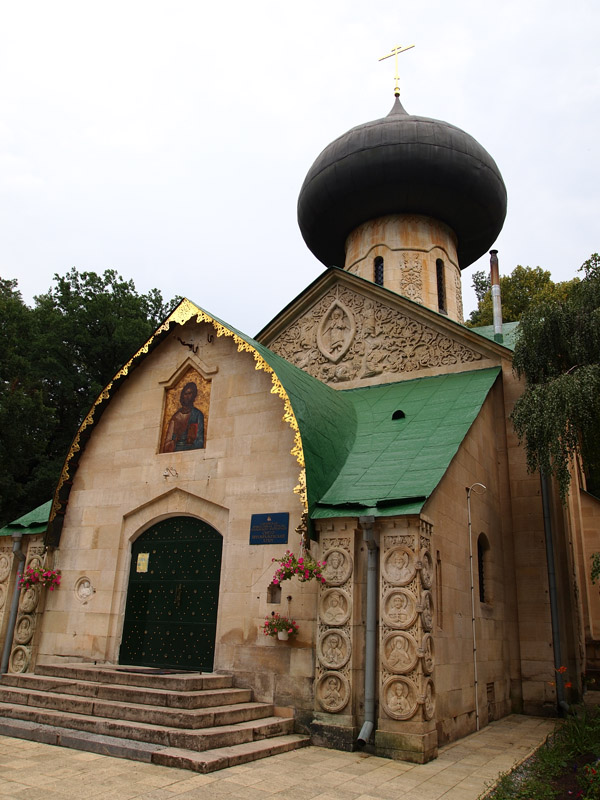 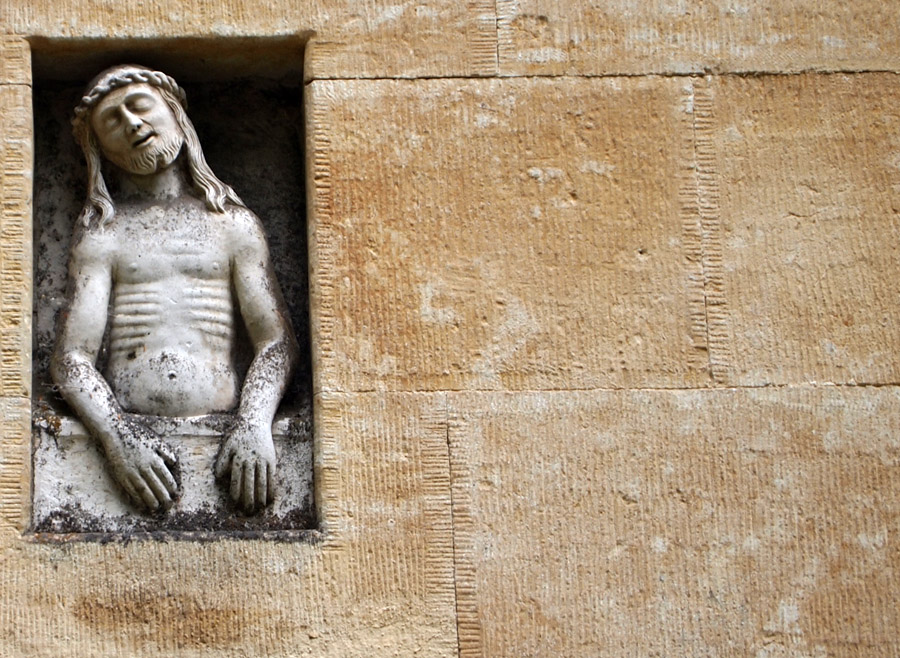 The church had beautiful bright murals inside which were ruthlessly destroyed in the years of communism. 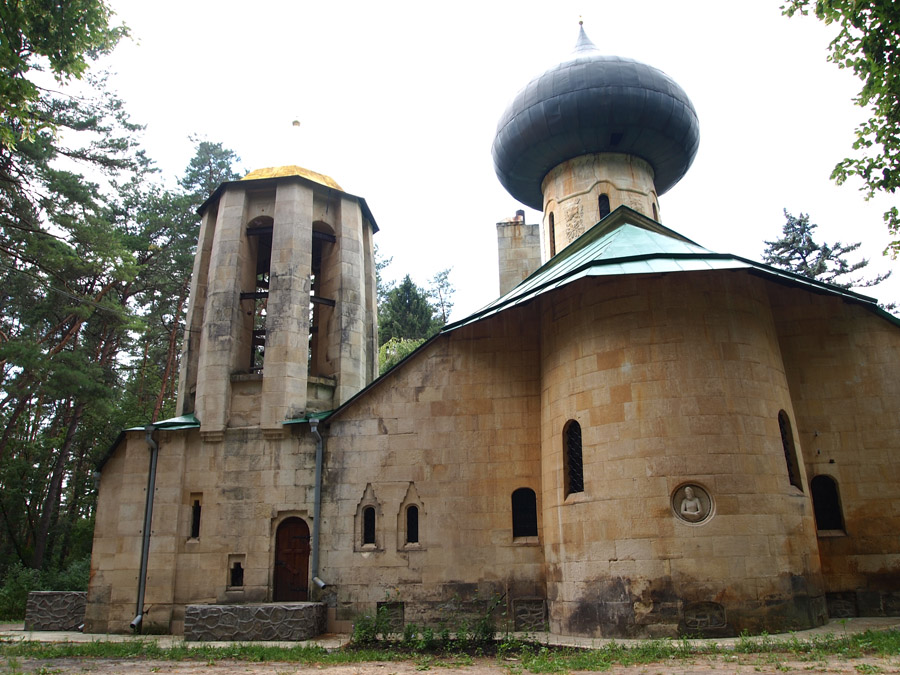 However the church has been restored and it functions today. 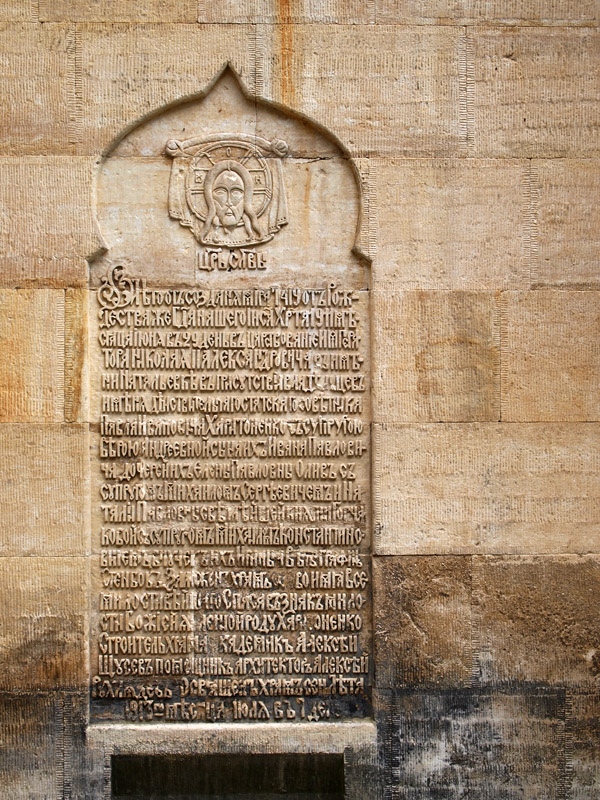 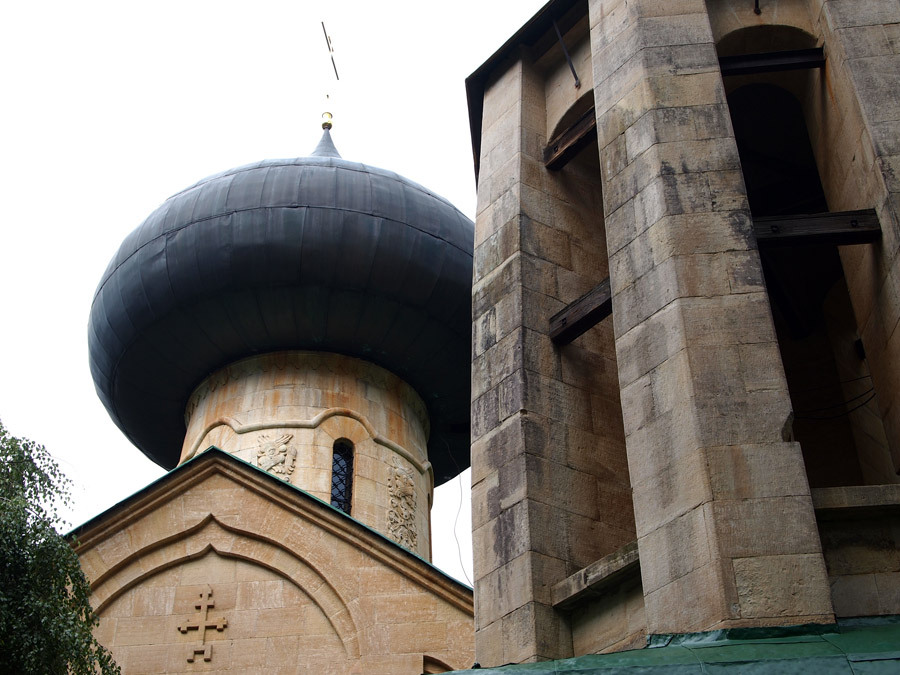 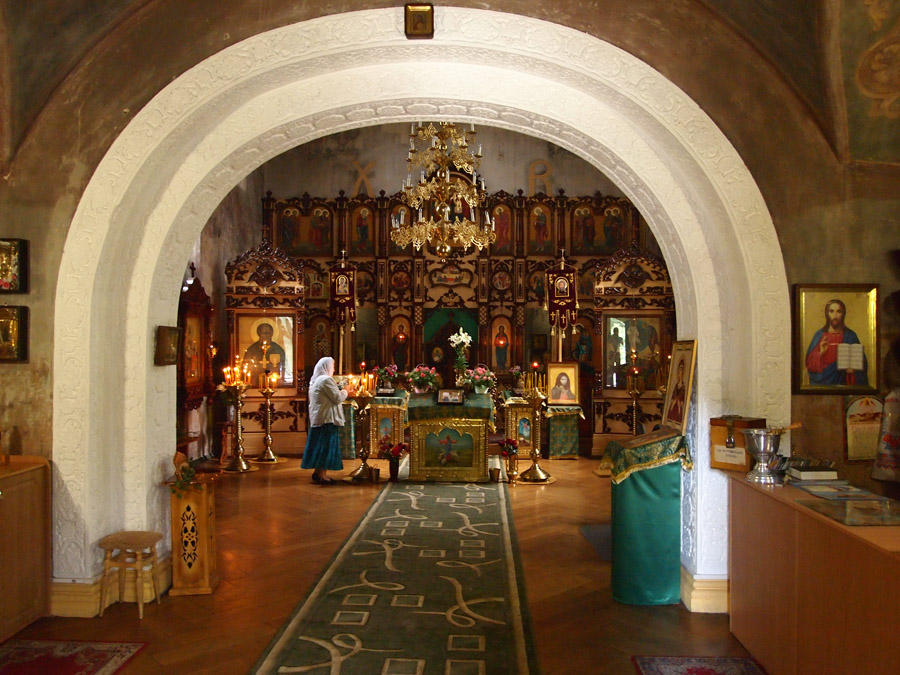 The inside view of the church.