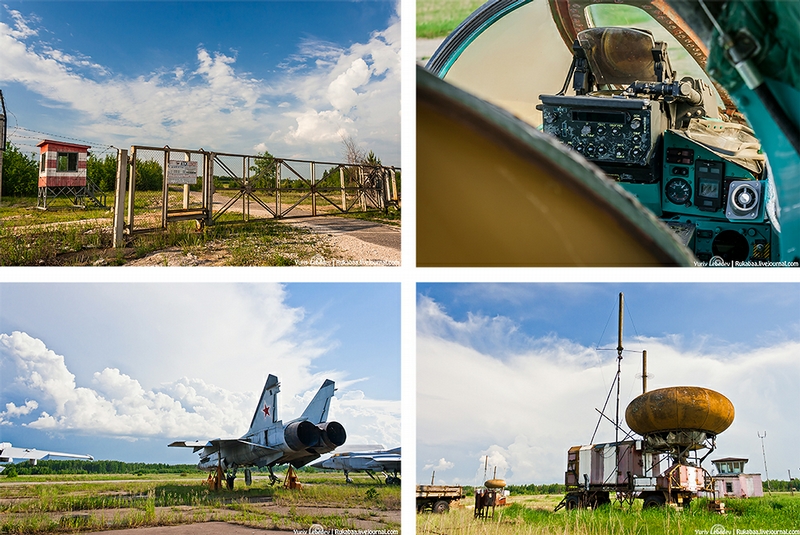 We are in the Nizhny Novgorod region of Russia, at the airfield of Sormovo to see a combat aircraft MiG-31 there and some more. Its runway is 2987 meters long and 70 meters wide, it has three platforms and hangars around. The territory is guarded but not strictly. And finally we reach aircrafts! One more with a broken antenna. Its tires are flat… This MiG has suffered more than others. It has no undercarriage and cockpit. There are a lot of such aircrafts like this in here. Theit cockpits have already become yellowish. MiG-31 accomodates two pilots and has a cab for each of them. The cabin of the first pilot. Though it’s time to leave. These MiGs are still made use of. We cannot come closer.