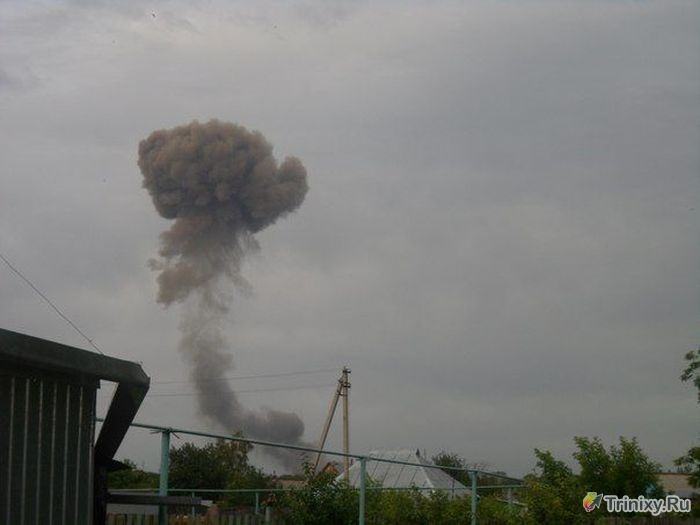 Not far from Chapaevsk, Russia, they explode munition again. Locals could hear five sequential explosions, some of them were shot with a cam.

According to official information that thirteen millions of ammunition units are stored nearby. Those who live next to the dangerous ground are being evacuated now by the police. Two fire trains have been sent to the emergency site. Special equipment of the Russian Ministry of Defence is being used too to eliminate the aftermath of the accident. People are in panic, there are victims. Mainly they have been wounded by splinters and chips of glass windows broken by the blast. They say that it was an operation of ammunition elimination during which a technical failure occured. The explosions were so powerful that in Novokuibyshevsk, located fifteen kilometres away from Chapaevsk, window glasses were clinking and parked cars were signaling.