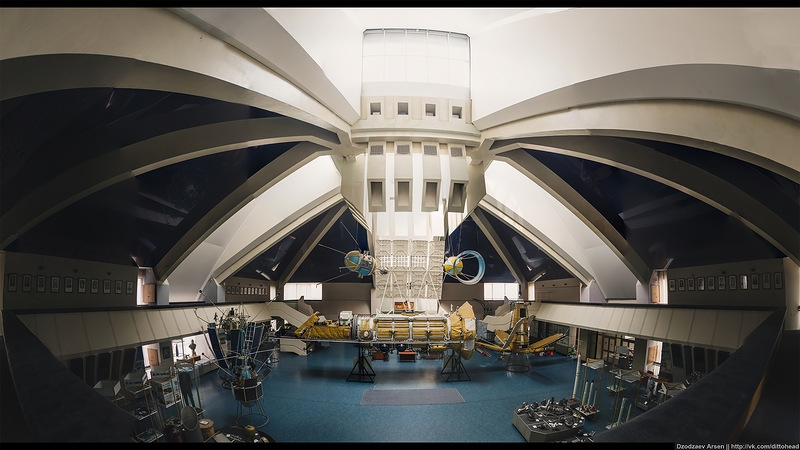 It is widely known that in the Soviet times the city of Dnepropetrovsk was the place where nuclear weapons were made. There is an interesting Center of Youth Aerospace Education named after A. M. Makarov there. This centre has an exposition of those things made in Dnepropetrovsk in the better times. We are going to see some of them. DS-P1-M or 11F631 or “Tulip” – an armor-protected target satellite for testing a satellite interceptor. Ka SICH-1. The first Ukrainian sattelite, its purpose is the magnetosphere and ionosphere research. One of the “Intercosmos” satellites. “Intercosmos-5”, created for the Earth’s magnetosphere and ionosphere research. Various pump turbines and other fuel equipment. In the background are scale missile mockups. Pump turbine of missile 15A15. Powder pressure accumulator throws a missile out of the silo and the cruise engine activates. Part of the missile of complex S-200. Some engines: big and small ones.

3 thoughts on “In the Center of Aerospace Education”