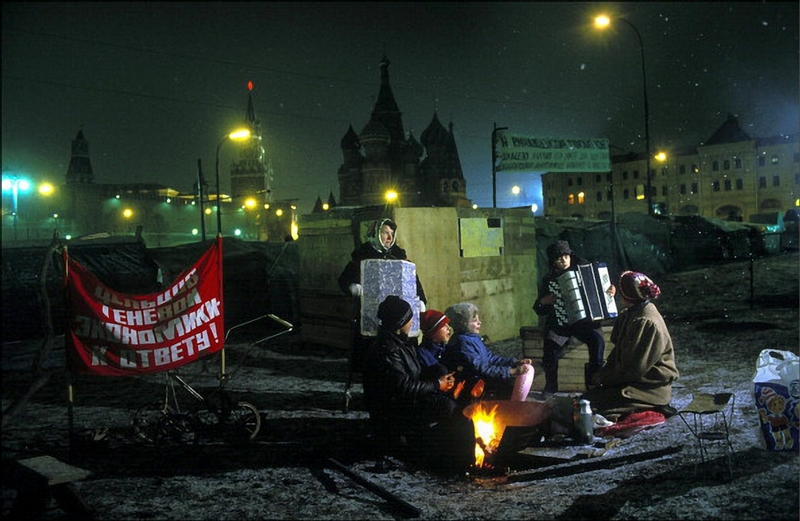 Moscow 1990. Impoverished and deceived people pitched tents right at the Kremlin walls and lived there for almost six months. It’s hard to believe it now but not so many years have passed since then.

Those people had different problems, some were civil, others – political, but they all were united by their decision to seek truth at the very top, near the Kremlin.

The tent camp was cleared away by police in December 29th, 1990. “How much did a deputy Osetrov cost and who bought him?” 2 thoughts on “Tent Camps At the Kremlin Walls”