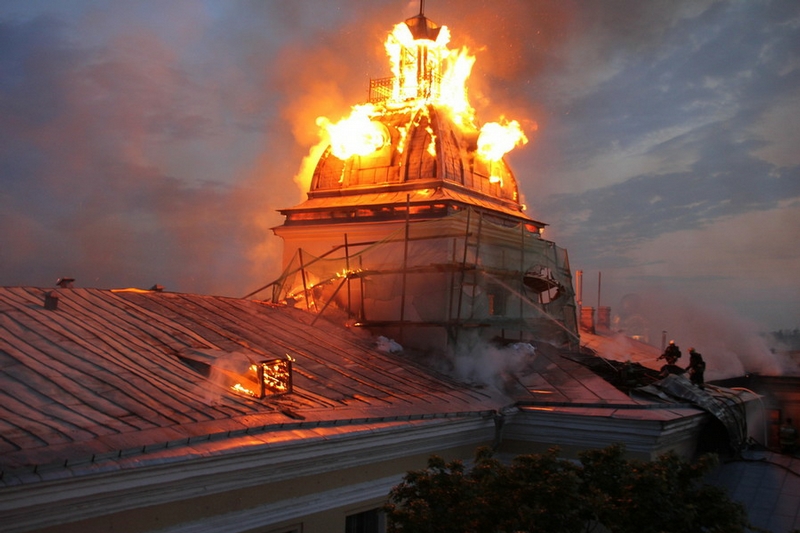 There was a fire in the State Technological Institute of St. Petersburg this night. The fire spread for 2000 meters in the attic area. One of the central turrets has finally collapsed. In general 600 m2 of the roof was ravaged during the fire. The fire was being extinguished by 72 vehicles and 330 firemen. The repair works undertaken in the building are considered to be the main reason which could cause the fire. Fortunately nobody suffered.

1 thought on “Fire In the Institute”