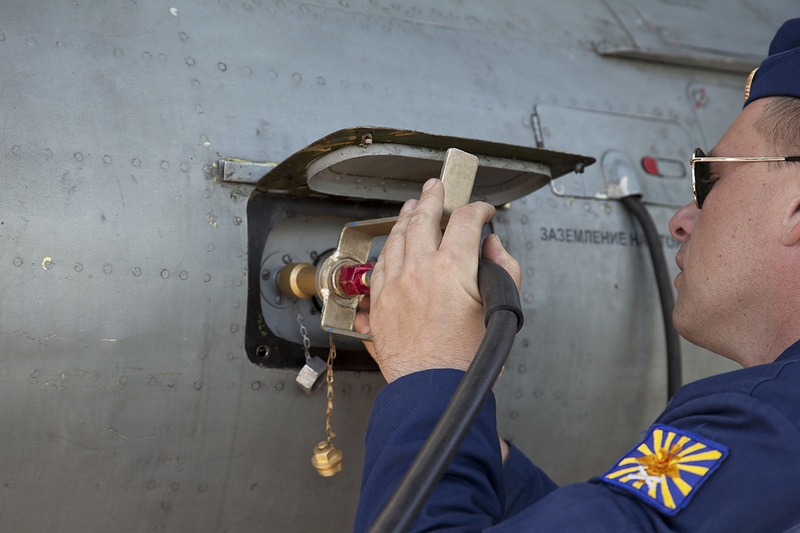 They move clouds away in the sky over Moscow three times a year. Just recently they did it again to provide nice weather for the Victory Parade and the firework. But how do the prepare aircrafts to make the weather good? The minimum task is to prevent rainfall, the maximum task is to move all clouds away. Initially they planned to use up to ten planes An-12 and An-26. But the weather forecasts didn’t promise anything bad so they decided to use less planes.

The USSR actively started to develop rainfall enhancement in the 40s. Since the 60s this technology has been used to increase precipitation in arid regions. But after the Chernobyl tragedy (when they could not allow precipitation in the zone of 30 km from the reactor trying to avoid washing of radioactive substances into the Pripyat and Dnieper rivers) they decided to use the technology in the opposite purposes.

The technology worked as they planned and eventually became highly demanded. The measures ensuring good weather have been taken in Moscow since 2000. Four types of reagents are applied:

Chemicals are usually sprayed at a distance of two to three hours of wind transfer from a protected point: if the speed at the height where precipitation is formed is equal to 60km/h, the treatment should be done 100-150 km away. Each box of cement weighs 27 kg. They are placed and connected with strings in a special way to open fast when required. Such nitrogen generators are used for treatment of clouds with liquid notrogen. This is how it looks from outside. To the left is an ordinary window, to the right is a sprayer. The amount of chemicals they take depends on the weather forecast.

There is special equipment in the plane that transmits data down to the land – in such a way they choose the most efficient chemicals to discharge.

Before the flight the plane is filled with oxygen. They gonna need it when fly high. All operators have undergone parachute training. Two operators will discharge cement from the plane, the third will be at some ditance and control the state of health. Operators are fastened with such hooks you see above. The place of the co-pilot. Airtight cabin of the personnel that accompanies a cargo. Cargo compartment of An-26. We hope there will be more cloudless days in upcoming summer.

7 thoughts on “Moving Clouds Away”