The city of Ulan-Ude is a cultural center of buddhism in Russia. This city is located in the Eastern Siberia, 130 km from Baikal lake. Ukan-Ude is the capital of Buryatia, its population is 411,6 thousand people.

Check out some shots of the city. 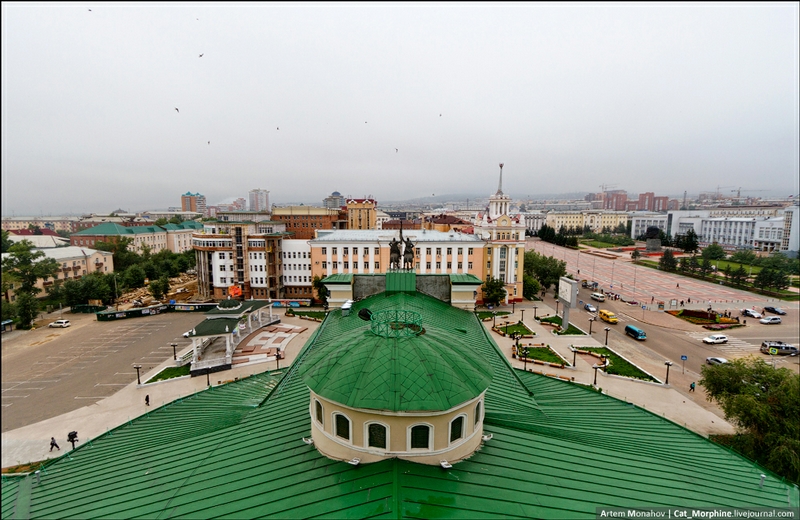 We are on the roof of the Buryat State Academic Opera and Ballet Theatre named after G. Tsydynzhapov. 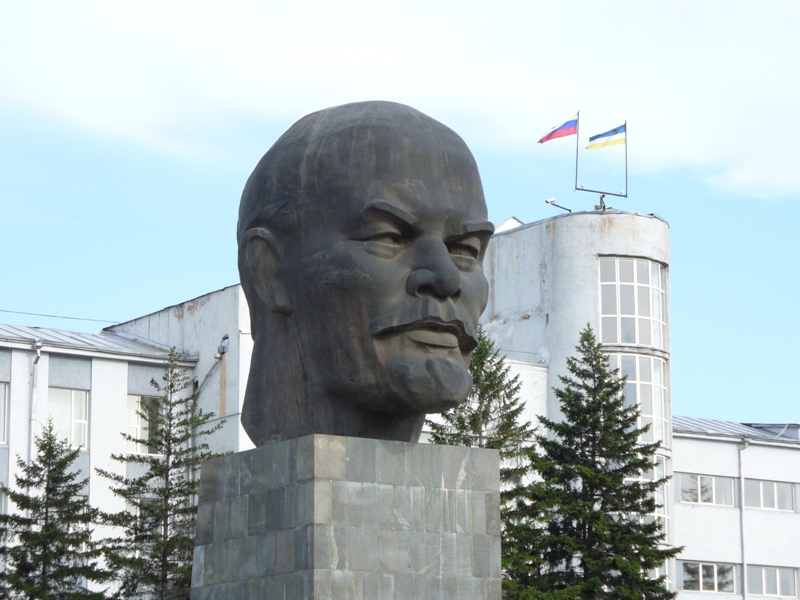 There is an unusual monument in Ulan-Ude – the biggest head of V.I. Lenin. The height of the sculpture is 7,7 m, weight – 42 tons, height of the foundation is 6,3 m.

Behind the big head of Lenin is the building of the president’s administration. The roof of the theater. We have moved 35 km away from Ulan-Ude primarily to see this large buddhist monastery complex, the centre of the Traditional Buddhist Sangha of Russia – Ivolginsk temple “Hambyn Sume”. Seventy five years after Great Lama’s burial his body has been perfectly preserved – in that very lotus pose in which Itegelov died during his final meditation. Monks were all hiding from cameras. They don’t like to pose. The main temple. Some monk has parked the car nearby – monks are probably not so poor. One of the temples inside. Here monks have their meal.