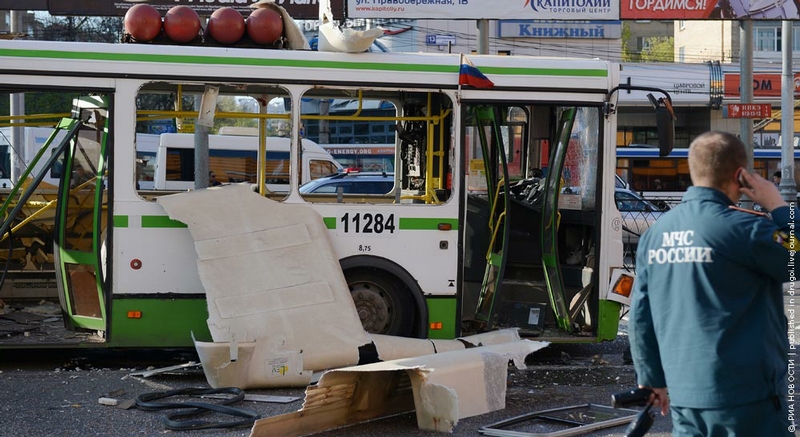 These accidents both happened on the day when the whole country was celebrating the day of victory over nazi Germany.

A gas bottle exploded on the roof of this bus in Moscow – two people suffered – a woman and a child. Fortunately, at the moment of explosion there was nobody in the bus, even the driver. The Moscow authorities temporarily removed fifty similar buses working on gas from the lines to check them. One locomotive and fifty one freight cars including a propane tank derailed at the station of Belaya Kalitva of the North-Caucasian railway. The result was the ignition of propane. The total number of victims was fifty five, eighteen of them were hostitalized being burnt or poisoned.