Yuri Gagarin had always been thought of as an ideal man, always with a smile on his face, the symbol of the country, hero of the nation. He was taken so much care of and was so highly valued that for the long period of time he could not do what he liked most – he could not fly. Many historians believe it was the reason why he finally crashed performing his training flight on the MIG-15UTI – he simply had no enough practice.

What kind of a person he really was? What was he dreaming about and what did he like?

You are about to see some rare photos of Yuri Gagarin where he appears as an ordinary Soviet man, father and friend, a person who likes various normal activities like fishing and hunting. 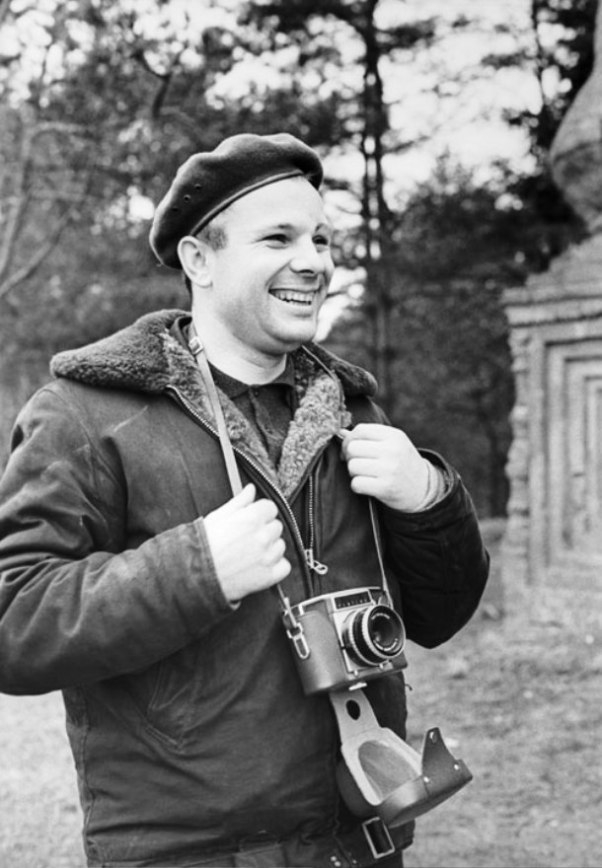 Gagarin as a photographer, autumn 1965. At the party for cosmonauts in spring 1965. Recreation after the flight in the Crimea, summer 1961. Yuri Gagarin in the company of his daughters. Giving a hug to Fidel Castro. Somewhere abroad. After his most important flight he visited dozens of countries. As a captain of the hockey team of cosmonauts, 1963. The gift from the French company Matra – Matra Djet, 1965. Yuri Gagarin and his daughters – Galya and Lena.

Two days before the flight he wrote a very sentimental letter to his wife Valentina. He knew what risk he had to take and he could not help thinking that maybe he would never see his family again. He asked his wife to share his happiness and wish him luck. He wrote how much he trusted the equipment he had to deal with howhere he understood that anything could happen. “Grow our children as decent members of the new communistic society, the government will help you. Live your own personal life true to your conscience. I do not impose any obligations upon you, I have no right to do that. I hope we will be together soon and be happy again. Please, do not forget about my parents, help them if necessary, they do not know anything about this flight, and they actually should not. Kiss and hugs. You daddy, Yura. 10.04.1961”.

That letter was read by Valentina only seven years after her husband’s death  – in March, 27th, 1968.