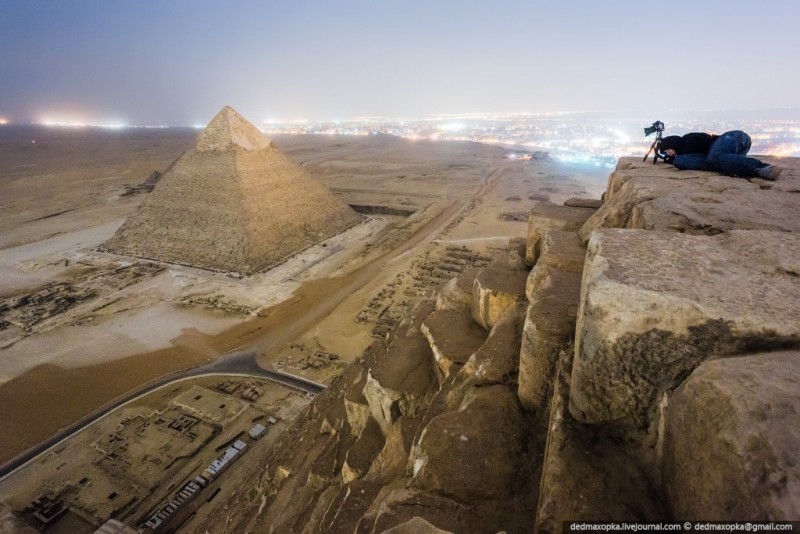 So, a group of Russians went to Egypt and climbed the Great Pyramide. According to their story, they arrived there early while the complex was open, then waited in shadows till the visitor hours are over and the night came down, so later they climbed on the top and made photos. “There are lots of signs on the top of the pyramide on different languages, including Russian, and they say somewhere among them there is a signature of last Russian Tsar who climbed it too sometime long ago”.
The security didn’t notice them, they got back down uncaught, keeping in mind that according to Egypt’s laws there is a possible couple of years sentence for such kind of things. Also, all photos are clickable.

As you see on the photos they climb the other pyramides too, during the plain daylight as they are less secured and nobody prosecutes you for doing this.
via raskalov-vit

35 thoughts on “On Top of the Pyramide”